We love the idea of ZeroLemon's battery cases for phones. On paper, they should provide more protection for our beloved devices while also letting us abuse them more and more during the day without worrying about battery level because the phone is constantly sipping on power the entire time. But in reality, some of ZeroLemon's cases haven't been well thought-out (exhibit A). However, it looks that the company has learned a bit from its mistakes and is fixing some of them in its latest releases.

The 4 newest ZeroLemon battery cases to hit Amazon are for the Google Pixel (6500mAh) and Pixel XL (8500mAh), as well as the OnePlus 3 and OnePlus 3T (same case for both, 7500mAh), and the Moto Z (7500mAh). All the cases have wide openings around the camera and flash to avoid any ghosting or shadows in pics, plus appropriate openings for the speakers, ports, and fingerprint scanner. 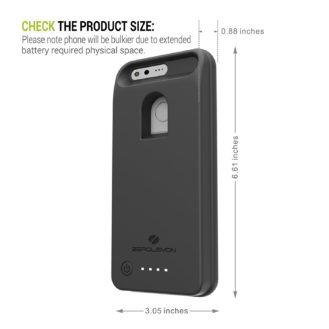 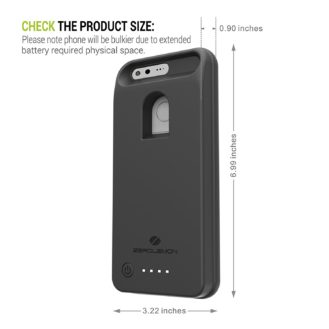 Dimensions of the case for the Pixel (left) and Pixel XL (right).

They're made from a power bank that sits on the back of your phone and plugs directly into its charging port, and a TPU case that keeps the power bank and your phone together in one neat package. ZeroLemon also has pass-through charging so you can plug the battery, but it will charge your phone first if needed, then charge itself. And they all have an LED indicator to see how much power is left in the battery itself. The only difference between all 4 is a big protrusion on the bottom of the OnePlus 3/3T case. Ugh, ugly. 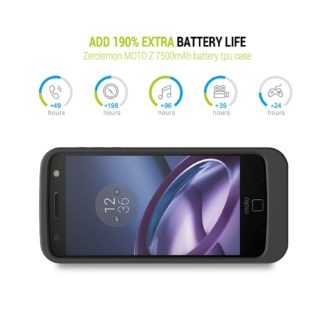 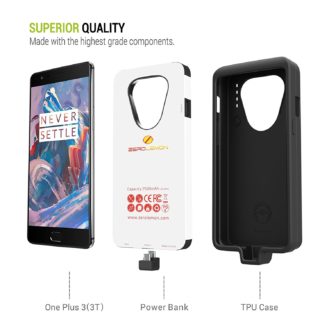 ZeroLemon case features for the Moto Z (left) and schematic for the OnePlus 3/3T (right).

ZeroLemon says these battery cases have an MSRP between $80 and $100, but that's ridiculously high. At launch day, they're already showing as "discounted" on Amazon with the Pixel case down to $54.99 and the three others down to $59.99. You can check out the one you want at the source links below.

Bottom navigation is being tested for the YouTube Music app