Importantly, Zombie Gunship: Survival is a free-to-play game, so there are in-app purchases. There's also a full base-building mechanic like many other games have used. The capabilities of your aircraft are tied to how advanced your base is, and a more advanced base is also more resistant to zombie attacks (you need to fend those off on occasion). There are plenty of zombies to attack in the game's various missions, too. The goal here is to defend your ground troops while they scavenge more materials to improve your equipment.

The graphics are much improved from the original game, and the controls are a bit smarter. However, the in-game materials and currency are rather confusing. Then, you've got bonus crates that only open after a timer has run out, or you can pay to open them immediately with premium currency. There's a tutorial when you start the game to show you how all that works, which is usually a bad sign. That said, shooting zombies with giant guns is fun. 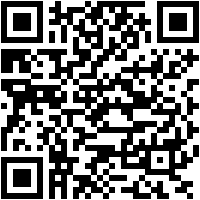