Capcom's Ace Attorney series likely needs no introduction, spanning several games across multiple mobile platforms. In Dual Destinies, you take the role of defense attorneys Phoenix Wright, Athena Cykes, and Apollo Justice to find the truth in various court cases. The game was released for the Nintendo 3DS in 2013 and for iOS the following year, and now Dual Destinies is out Android.

The Android port has an identical storyline to the other versions, but also includes a special bonus case where you defend a wrongfully-accused Killer Whale. In addition, you can dress up the lawyers in various costumes, because what game isn't complete without skins? Finally, it has Google Play Games support for cloud saves, which is definitely a welcome inclusion.

To run Dual Destinies, you'll need Android 4.4 or higher and at least 2GB of RAM. For some reason, devices with x86 processors are not supported, which leaves out some Chromebooks and ASUS phones. You can find the link to the game below. 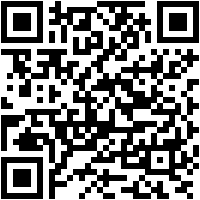