How this works will depend on which keyboard you're using. If you’re using Gboard, its suggestions line will be disabled entirely and those from the Assistant will be displayed instead, as you can see in the first example below. If you're using another keyboard, such as SwiftKey (shown in the second example below), you'll see Assistant's proposed next words in a supplementary line above the keyboard's own. It stands to reason the implementation is a little smoother with Google's own Gboard. 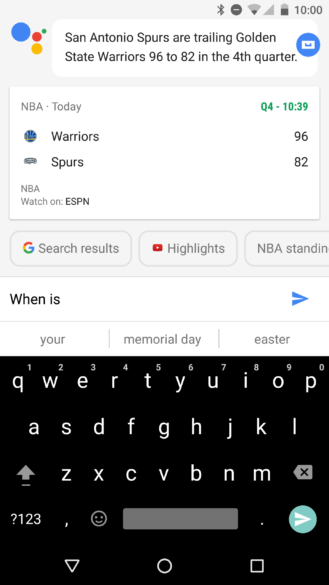 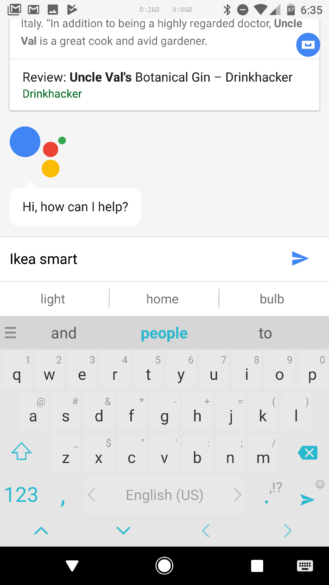 From the examples shown, and others we've tested, it seems next-word suggestions from the Google Assistant work much like the instant autocomplete queries that show up when you use Google Search, in that they will change depending on what's trending at the time. This could save you a lot of time if you're searching for something related to current affairs or even recent technology news.

Another potentially useful aspect of this new feature can be seen when not entering anything with the keyboard at all. At this point, Assistant will show you the last two voice queries that a linked device has dealt with. In the example below, the last two questions Artem asked his Google Home are now appearing as suggestions. That's pretty useful if you want to see the information Google Home has already read out to you in written form, or if you want to explore the topic further. 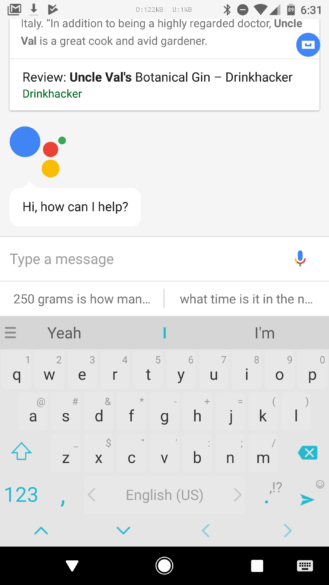 If anyone comes across anything else of interest, be sure to let us know.