Today Google started rolling out another update to Google Voice, bringing things up to 5.2. The new version of the app brings widgets in three new sizes. It also provides a new setting in the app for the 7-year-old call screening feature. The feature has been around for a while, but you can now enable and disable it via the app. It seems the last few months were no fluke, and Google is committed to keeping Voice updated now that it's been redesigned out of the Holo era. 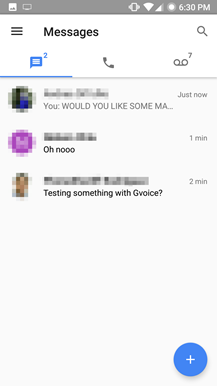 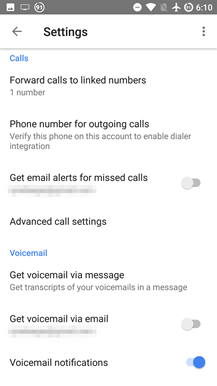 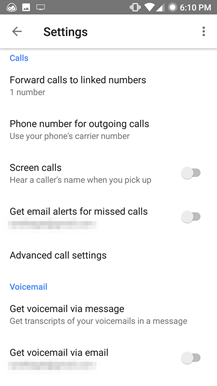 At first glance, things look the same. The Google Voice app hasn't been redesigned or changed graphically. After all, we did just see a redesign. But, it does have some sweet new features. There are three new widgets and a new option for call screening. The only visual indicator that you'll find in the app of the version change to 5.2 is that new call screening option in the settings menu. You can find it under "Calls," and toggling it enables or disables a pre-call automated message that tells you who is calling, and gives you the option to take the call or ignore it. To be clear, this is the same feature that Google Voice has had for 7 years online, but now we are able to enable and disable it via the app. It is a simple tweak, but a useful one. 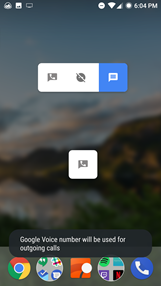 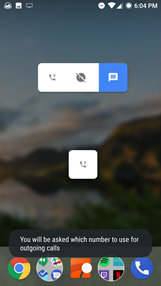 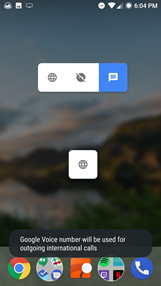 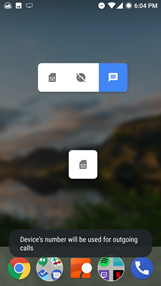 There are also the three new widgets, which you can see above and below. The two smaller widgets offer just a couple of options, and the smallest only has one button, which controls which number you call from. You can toggle between four different call modes for Google Voice, and a toast indicator and. These are the same four that were present in previous versions of Google Voice. Namely the ability to set Google Voice for all calls, the SIM for all calls, Google Voice for international calls only, or to ask each time. They might be the same options as before, but now it's much easier to switch between them, as you don't have to open the app every time you might want to change it.

The middle-sized widget adds two more buttons. You get a do not disturb mode toggle and a messaging shortcut to the app. Both of the widgets are resizable, and each one turns into the other if you adjust it to meet the other's parameters. 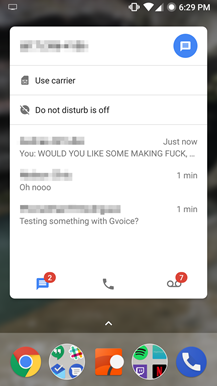 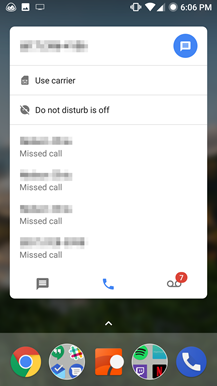 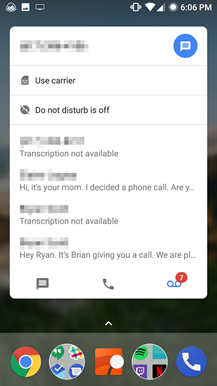 The third widget is the big one, and I have expanded it in the images here past the default size to show things off. It basically brings all the functionality of the app over into your homescreen. You can see missed messages, calls, and voicemails, with a tab at the bottom for each. The same outgoing call and do not disturb toggles are present, though they are larger and include text indicators. You also get the messaging shortcut, and it shows you your Google Voice number in the corner, should you be the forgetful type.

The new update started rolling out yesterday, though not everyone seems to have gotten it. I have not, but I was able to install the latest version manually. If you don't see the most recent version on Google Play, feel free to pull it down via APKMirror.