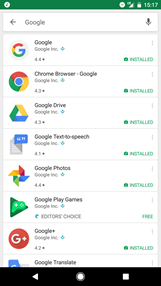 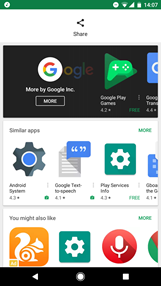 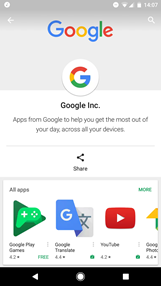 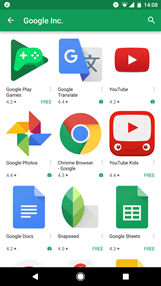 Changed above, older version below. 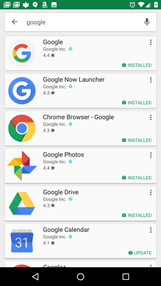 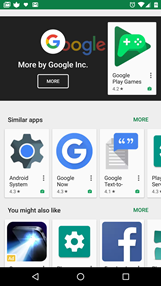 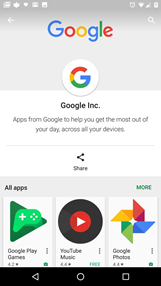 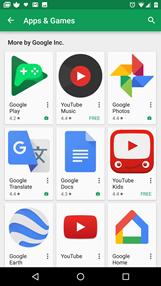 The unifying tweak here is that all of the disparate listed elements are being shown without borders. In the initial search UI, in the "similar apps" and "you might like" area beneath each full listing, in developers' individual pages, and in more specialized areas, the elements that used to "float" over a background on the Z axis with specific boxes are now all on the same plane.

Does it help? Is it better? You be the judge - or don't, since Google is presumably judging it based on user interaction data being collected right now. We may or may not see these changes go wider in the next few weeks.

After being first spotted in March of 2017, the updated UI started hitting more users in the last several days, so it looks like Google is now satisfied with the results of the test.