What happens when you take an iconic Breakout-style block-breaker and collide it with a classic alien shooter? Arkanoid vs Space Invaders is what, and Square Enix has just released the game on the Play Store. Both retro games were arcade champions of their time, with Space Invaders hitting machines in the late 1970s and Arkanoid coming later in the mid-1980s. Both are sure to have a great deal of loyal, nostalgic fans who may find this mashup of interest.

With gameplay from both games crossing over, you can now reflect the invaders' bullets back at them, while also breaking blocks in the process. There's an energy meter to fill up, and once you have enough you will be able to trigger the special Attack Mode, a more powerful way to defeat your enemies. You'll also be able to unlock different classic Taito characters to play with, 40 in total, and each will have its own unique abilities to aid your battles. As you might expect from a game of this type, there will be plenty of boss fights, so you can test your skills against those massive 3D invaders. 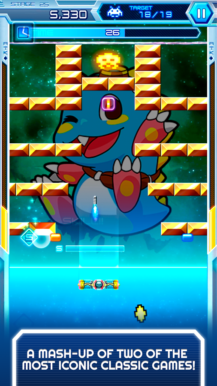 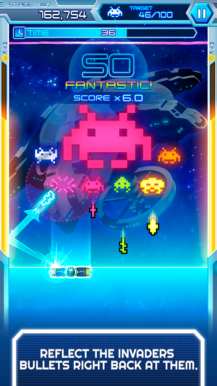 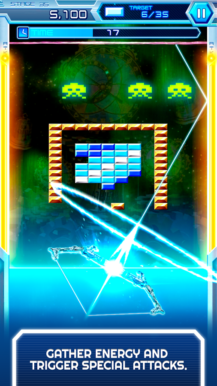 The $3.99 Square Enix is asking for on the Play Store gets you 150 levels, which may well be enough to tempt fans of either or both games into giving it a shot. There will also be separate hard and ranked modes for the more competitive players out there. Check out the teaser video below to learn more. 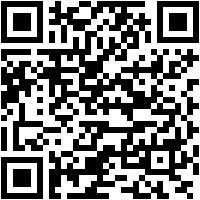 Angry Birds Evolution is coming to the US in June, pre-registration available now