Retro PC shooter Shadow Warrior has just been released by DevolverDigital onto the Play store under the title Shadow Warrior Classic Redux. This is a port of the remastered PC version that goes by the same name. With this release, you can expect cleaned up visuals, the original two episodes of the game, and its two expansion packs - Wanton Destruction and Twin Dragon. If you are any sort of first person shooter fan, this is undoubtedly the definitive version of a cult classic.

Originally released for MS-DOS all the way back in 1997, Shadow Warrior was the lighthearted charming cousin to Doom, and its 90's era clones. What set it apart was the game's ability to utilize melee combat, which was implemented seamlessly. Whether you were mowing down foes with bullets or your katana, the combat was always intensely satisfying. The good news is, you can now relive these fond memories with Android's latest release of Shadow Warrior Classic Redux.

As you would expect, this 90's era first-person shooter is rated Mature 17+. That means you will find all of the blood and tongue-in-cheek humor that defined the series intact in all of its glory. You will also find support for a wide selection of devices including the NVIDIA SHIELD TV. There is even controller support built in for those that want more precise controls on their tablets and phones. If you do not have a controller DevolverDigital has built in highly customizable touch controls, thus guaranteeing a preferred control method no matter the device used. Google Play Games is present as well, though achievements are the only feature stipulated on the Play Store listing. Frankly, no matter how you slice it, DevolverDigital has shown that they are targeting core gamers. A refreshing sight to behold indeed.

You can purchase Shadow Warrior Classic Redux today for $2.99. There are absolutely no advertisements or in-app purchases present with this release. You pay once and receive the entirety of this remastered classic. If you are a fan of 90's era first-person shooting action, there is little reason not to pick this title up. Now I must excuse myself so that I can install this on my SHIELD TV. 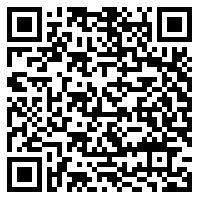 Android O feature spotlight: You can automatically enable WiFi near trusted networks, and it ...