At Google I/O 2017, the company announced that the same smart reply system will now arrive in Gmail. The feature will work across Gmail on all platforms, including the desktop, iOS, and Android. I'm glad to see some of Inbox's unique features arrive on normal Gmail, especially since Inbox has been a bit neglected recently. The feature is rolling out soon in English, followed by Spanish in the coming weeks. You can read about the inner workings of smart replies on Google's Research blog. 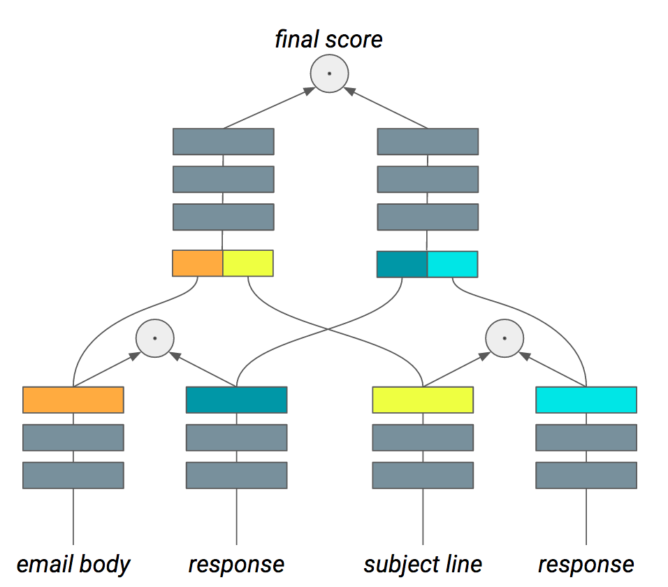 The feature seems to already be going live, as part of a server-side switch. Take a look: 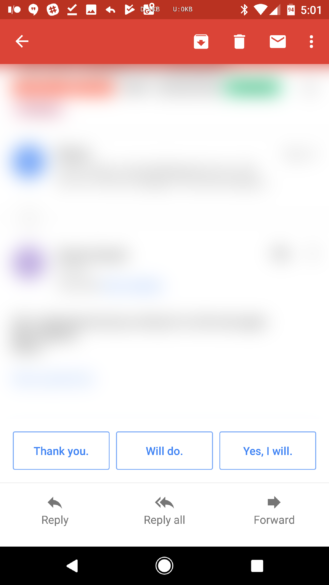 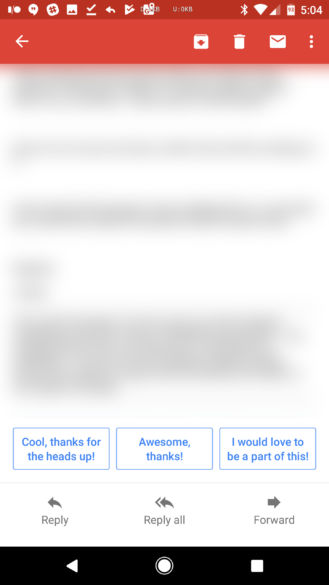 If you don't see it, try updating to the latest version from APKMirror. The buttons may not appear on every email.

You can turn off Smart Replies in the settings. 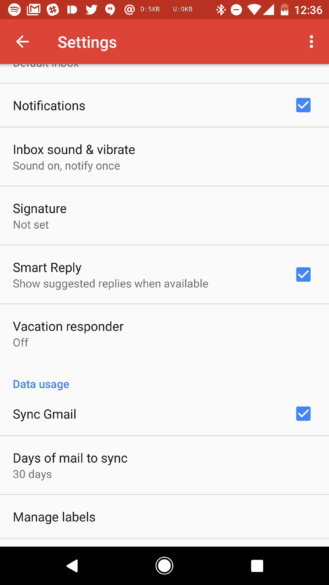 YouTube mobile streaming is open to all, no longer has a subscriber requirement [Update]