Google is partnering with a few hardware manufacturers to get things started. Qualcomm will provide a reference design for future OEMs to build off of, but HTC Vive (which was previously rumored to be working on a new headset) and Lenovo will also be chiming in initially with their own devices later this year. Standalone has been designed exclusively for VR (and Daydream View wasn't?), down to the displays, optics, and sensors. 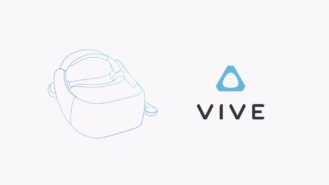 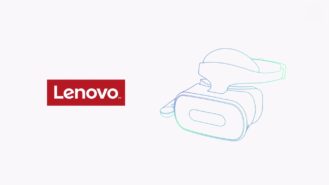 Also of VR note was the announcement of WorldSense, a new form of positional tracking for Daydream. Just this morning, we heard that Google had secured the trademark for that name. Now we know what it is: it allows the headset to track precise movements in space without the need for external sensors. This means that your view in the virtual world matches your movement in the real one — à la Tango, but in VR. WorldSense works anywhere that you are, further improving the UX.

All of this marks another "platform approach" to VR for Google. From where I'm sitting, Standalone and WorldSense both mark the hopeful beginnings of something great for virtual reality as a whole.

SAN FRANCISCO, May 17, 2017 /PRNewswire/ -- At Google I/O 2017, it was announced that Qualcomm Technologies, Inc., a subsidiary of Qualcomm Incorporated (NASDAQ:QCOM), collaborated with Google to develop a Daydream standalone VR headset reference design powered by the Qualcomm® Snapdragon™ 835 VR platform. This advancement in Daydream builds on the earlier work Qualcomm Technologies and Google collaborated on to enable Daydream on smartphone devices.

"We are thrilled to once again work with Google and offer a powerful premium Snapdragon experience for devices on the Daydream platform," said Keith Kressin, senior vice president, product management, Qualcomm Technologies, Inc. "Our companies share the same vision: to make it possible for everyone to enjoy rich and immersive VR experiences on a smartphone device or a dedicated VR head-mounted display while being fully mobile, rather than being restricted by cables or limited to predefined rooms setup for outside-in tracking."
This is in addition to the Fall 2016 announcement of the Snapdragon 821 and 820 processors supporting Daydream-ready devices. The fruits of this multi-year effort with Google now offer customers choice in Daydream headsets - from smartphone VR to standalone VR.
"The Daydream standalone headset reference design created in close partnership with Qualcomm will enable manufacturers to build a whole new category of VR devices," said Clay Bavor, vice president, virtual reality, Google. "These headsets have everything needed for VR, built right into the headset itself and are as easy to use as picking them up. They'll feature WorldSense for positional tracking right out of the box without any external equipment. We're thrilled that headsets will begin to hit shelves later this year."
The new Daydream standalone headset reference design includes custom specifications for tracking cameras and other sensors that make the best use of the Tango-based tracking technology Google has placed in the headset. The first of these headsets are expected to hit shelves later this year.

Lenovo and Google are coming together again. This time, we’re collaborating on a new immersive virtual reality product that’s designed for everyday consumers.

We’ll be giving an early preview of our upcoming Daydream standalone headset. It will be one of the first devices to feature WorldSense™ to allow you to move around and explore virtual environments as if you’re truly there: ducking, weaving and jumping for even more immersive experiences. This product represents our latest effort in collaboration between our companies: You may remember the Lenovo Phab 2 Pro, the world’s first Tango-enabled smartphone, launched in 2016. While the Phab 2 Pro makes a number of smartphone AR experiences possible, this standalone headset is built specifically for immersive VR.

Other similar VR devices require a complex setup that relies on external sensors (standalone headsets have built-in sensors). This standalone headset will streamline the experience: just pick up and play.

And this is different from Daydream smartphone-based VR, since WorldSense brings natural movements into your 3D environment. Duck in a game of dodgeball or lunge sideways to evade enemies as they close in on your position.

Casual consumers will soon be able to access immersive virtual reality experiences. Developers will now be able to unlock features that most consumers have never experienced before.

We’re excited that easy-to-use, fully immersive virtual reality is coming to you very soon. We hope you are too.