We've all gotten used to the consistent round icons on the Pixel Launcher, and a surprising number of developers have even gotten on board with round icons. Android O brings more choice to the icons, but keeps the consistency. There's a new icon shape selection in the launcher settings as of the second O developer preview.

Android O's Pixel Launcher has a setting to "Change icon shape," and there are some very unusual options. If you select "Do not change," you keep the round icons. There are also square, rounded corner rectangle, squircle, and cylinder. See above for what the icons look like—the weird one on the right is "cylinder." 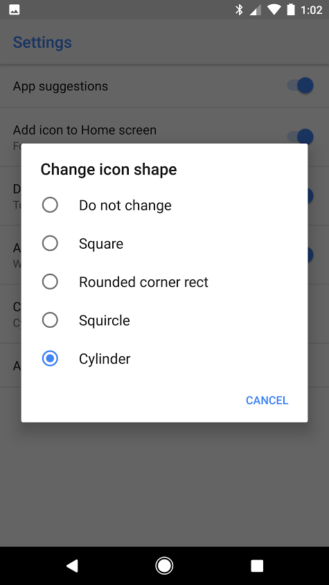 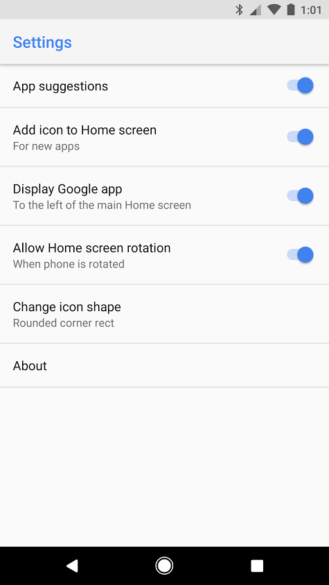 These different shapes will require developers to take advantage of the previously announced adaptive icons. This ensures the icons don't end up looking like cropped monstrosities when you select a shape. If a developer hasn't included adaptive icons, the standard icon will be used.

This menu in the Pixel Launcher appears to be something left from the debug build, which may not become something official in the final build. It is Google's intention to use adaptive icons to make your launcher more consistent, but we don't know exactly how it'll be implemented yet. It's possible stock OEM launchers will just choose an icon shape for you.

From what we understand, there is not currently an API for apps (like third-party launchers) to change the icon shape. It's possible there may not be one even in the final build, but developers should still be able to work around that and offer custom adaptable icons.

Android TV is getting a new launcher with Android O