The beta program is now live! Cruise on over here to check it out, if you'd like to register for the program. Only a few Nexus and Pixel devices are compatible with the service, but now you can whet your Android O whistle in a slightly more stable way.

The only supported devices right now are the Nexus 5X, Nexus 6P, Nexus Player, Pixel C, Pixel, and Pixel XL. I doubt that any more will be added to that list anytime soon. The beta also requires registration, just as the Android N Beta Program did. You can also opt-out at any time, though in the past migrating back to stable did sometimes require a wipe.

Register for the program over here, and enjoy the latest and greatest version of Android in testing.

The OTA images (build OPP2.170420.017) are rolling out now for those that registered. The wait doesn't appear to have been too long. 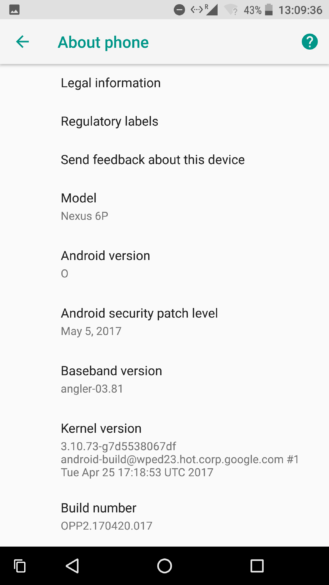 Downloads are up for both full images and OTAs, if you'd rather not wait! Each of the pages linked also has instructions, though I would recommend going the old fashioned registration and normal OTA route if it looks confusing.

Any developer can now make Instant Apps for Android

Android O feature spotlight: Night Light gets a slider to control how intense you want it to be