In the first update the app has seen since 2015, Android Device Manager has been bumped to V2, bringing some much needed visual changes and a new name. Be pleased to make your first introduction to Find My Device. We have an updated APK that shows the app has been redesigned and given a new name: Find My Device. The new version offers all the same features but updates the interface a bit to remove the last dregs of Holo. 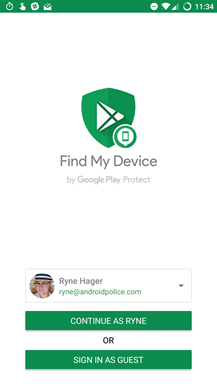 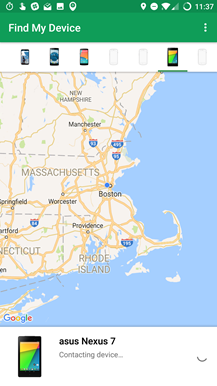 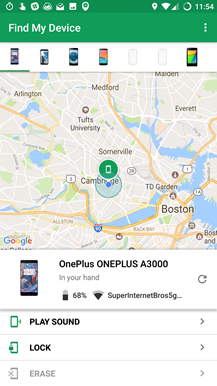 All of the branding and elements in the app have been updated. The new icon doesn't have that dated XP-era gradient 3d look. Overall design in the app is much more pleasant, too. Now your devices are listed as icons in a row at the top, instead of items in a drop-down menu below. The same options for interacting with your devices remotely are present after tapping them below, as well, and my bleeding ears can testify that they work just as they did before.

The new version of the app is 2.0.014, replacing the 2-year-old version 1.4.4. The update isn't live for everyone yet and is probably going to hit along with proper news about the release some time during I/O, but in the meantime, you can check out the latest version over at APKMirror.

We've got a changelog for the app now:

[Update: Nope, ASUS messed up] Android Wear 2.0 is now rolling out to the ZenWatch 3

The Allo web client is still a month or two from release, says Google's Nick Fox