Getting to 500 million downloads on any platform is no easy feat. Many companies have taken their sweet time to reach that number: Twitter and Viber only made it to 500 million Play Store installs a year ago, and Snapchat, the company everyone is talking about these last months, cracked through the 500 million Android installs this past March. You must have a smash hit app or service and keep that going for a while to reach this number, and this is why only a few manage to do it.

The latest app/game to reach that number is Pou. Wait, back up a second. What in the living hell is Pou? Well, I hadn't heard of Pou until my friend started waxing poetic about the story of its one-man developer, a fellow Lebanese (yay!), who created a sensation Tamagotchi-like game that took over the top game charts on Android and iOS in 2013-2014. I hadn't noticed it, but at its height, Pou was the number one game in many countries and its story chronicled in several articles (1, 2, 3) including a feature in Le Monde, a mention on TechCrunch, and a partnership with Toyze to get 3D printed versions of the character. That's to say that you and I may not have been privy to Pou, but it's some big deal. And it's now been installed over 500M times on Android — for a bit of perspective, My Talking Tom has yet to reach that number.

Pou is described as an alien pet named after the developer, Paul Salameh, who is lovingly called Pou by his family and friends. (Though if we're being honest, Pou does eerily look like a less-realistic version of the pile of poo emoji.) Like the famous Tamagotchi style of games, you take care of your Pou, feed it and level it up, dress it, play games with it, customize the rooms it's in, and basically do all the cash-grab stuff that has become popular nowadays. The difference with Tamagotchi is the social element since you get to meet other Pous and play games with them, plus take snapshots of your different Pou looks and share them. It's the kind of thing a 3 to 6-year old would gobble up for hours and clean your bank account with if you weren't cautious about limiting IAPs.

But it all looks adorable and, according to those who play the game, it is endearing and quickly becomes addictive. The lack of a highly competitive gameplay might also play a role. If you're willing to gamble with your free time or you're looking for a way to distract your kids, you can grab Pou for free on the Play Store to see what the fuss is all about. 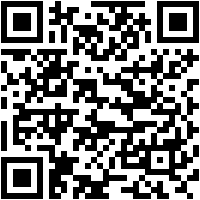 You can now pre-order the Samsung Chromebook Pro on Amazon

Waymo and Lyft to team up on self-driving car technology