Fingerprint sensors are on so many smartphones these days, and for good reason: they're quick and secure. For those reasons, they can also be used as extra security for apps that have private information such as PayPal and banking solutions. The rather nifty Mobile Passport is the latest app to add this functionality, along with support for Phoenix's Sky Harbor airport and a few other things. 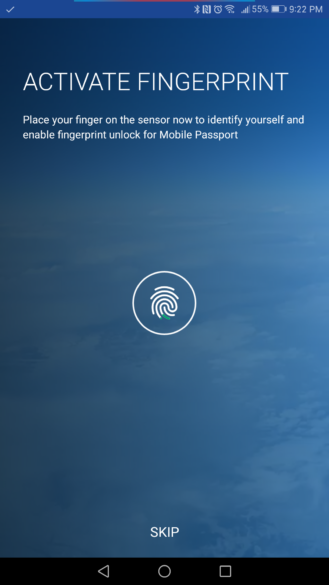 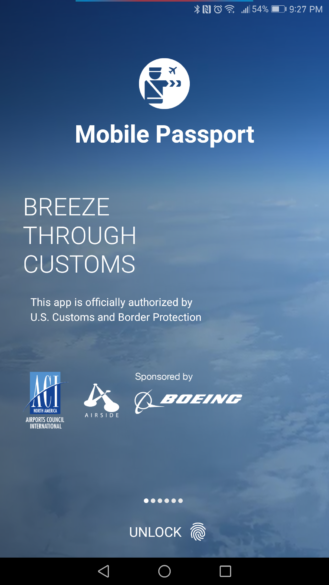 Unless you fly in and out of Phoenix all the time, you'll probably find the fingerprint authentication the most useful part of this update. It's pretty simple to set up: after adding your passport info (which we have to do manually despite there being a FAQ saying it can be done with a built-in scanner here) and setting up your PIN (which strangely doesn't require a confirmation, so be careful), you'll be asked to touch your fingerprint sensor to activate the fingerprint unlock. Of course, this is optional, but it takes no time at all and will make signing in in the future a bit easier.

Other changes include support for Phoenix Sky Harbor International Airport (PHX), searches for ship ports and airplane lines, and the obligatory 'improvements and bug fixes' line. One of our writers got this very update to version 2.4.0 on May 5th, but it seems to be rolling out to more people now. If you haven't yet received it and you just can't wait, it's available to download on APK Mirror.

The T-Mobile LG Stylo 2 Plus is getting an Android 7.0 update, for real this time