An update to Google Maps began rolling out over the weekend and this one appears to be focused on keeping people in the know on their commutes. This version brings back a toggle to control notifications about delays and interruptions at mass transit stations, and this time it might be here to stay. A teardown also shows we'll soon have traffic notifications for the commute between home and work and that more modes of travel will be respected besides just driving and mass transit. 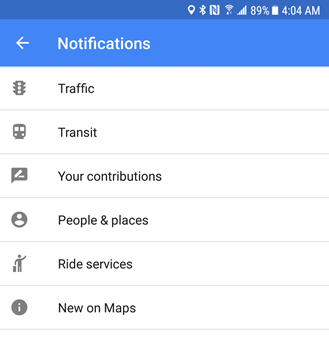 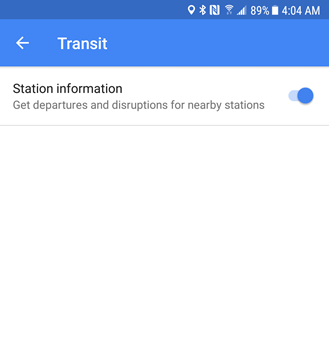 Users of Google Maps may recall a toggle was added to v9.49 a couple of months ago that gave them a choice about receiving notifications regarding mass transit stations. This was based on work that first appeared in a teardown last year in June, but there had been some changes in the meantime. Perhaps this happened earlier than intended and was removed shortly afterward. It's back with v9.53 and could be here to stay.

On the surface, nothing special has changed from the last time the toggle was added, and there have been similar settings even before that, but some new text seen through a teardown does suggest this implementation is a little more likely to be final. Along with the basic notification title and summary, there are also a few lines that go with the notifications.

Where things get a little more detailed is a new prompt that allows users to block notifications for stations that they don't need. In the previous teardown, individual lines – say for busses and subways – could be ignored, but this focuses on the stations, which often have their own distinct issues.

The most telling reason to think this feature is sticking around this time is the text from a pair of new notifications that ask users if they've visited a station and if the transit notifications are helpful to the user. The first is obviously there to gauge accuracy, but the second clearly shows the Maps team is seeking to judge the efficacy of these notifications. In the end, this may determine if they are successful or have to be adjusted.

There are already some mass transit notifications in both Google Maps and the Google Now stream (or whatever it's being called these days), but this adds another nuance and might save some people from getting stuck somewhere because a station is effectively out of order.

I don't live near any mass transit and triggering these notifications generally isn't possible if you're not jumping on a bus or train fairly often, so I'm not sure if these notifications are already operational with this update or if they're still in limbo until further notice. If anybody has started receiving them, let us know in the comments below.

Traffic notifications for your commute

The Google app has been offering tips about commuting between home and work for a long time, perhaps going back to the initial launch of Google Now in 2012. Now in 2017, it looks like Google Maps is preparing to launch a similar feature of its own. The text taken from the apk is pretty straightforward, noting simply that it's a notification with real-time traffic conditions between your current location and either home or work. It actually sounds a lot like the real-time traffic information we already get, but in the form of a notification.

Why is this being added to Maps when the Google app already does it? I would assume it's there so all of these types of things can be managed in a single place. I doubt it will mean the commute care will be removed from Google Now. While this does create a redundancy between the two apps, it has the notable advantage of giving users some choice about how they would like to receive this information and in which form.

Set your method of travel for commutes

Google Maps has been very good about supporting different modes of travel for a long time. Google's Navigation feature is pretty great at giving directions whether you're walking, driving, cycling, or hopping onto mass transit. However, when it comes to commuting, it seems like there may have been some assumptions that everybody either drives or uses public transit. It looks like the Maps app wants to give users a little more control over that by allowing users to choose a mode of travel for their commutes.

There's not enough information to go on to determine where this setting will show up or what it will be used for precisely. I also can't be sure if this is a single setting that's expected to be the majority of a user's commute or if it will relate to each leg of the trip (e.g. people that drive 20 minutes to a train, then ride for another 20 into a city). Still, there is more attention being paid to these other methods, which means more useful information for those that can use it.