Today Google has revealed more info on its new standalone Android platform for cars. Unlike Android Auto, which just casts info from your phone onto whatever software your vehicle maker has tossed together, the new system is based on Android and brings some of the same tools Android Auto had natively. Google revealed this initiative at last year's I/O, but there hasn't been much news apart from Chrysler's concept back at CES. Both Audi and Volvo will be making use of the new systems in future vehicles.

Both Volvo and Audi appear to have been given a lot of leeway with the UI in the screenshots on Google's blog; things look to be skinned pretty heavily. If Google is allowing car makers that degree of flexibility, I wouldn't expect too much in the way of material design love when it lands in more cars. Even so, more tools and features from Android making their way into your car could come in handy, OEM-skin or not. Not to mention the utility of having some of the same features you did before via Auto without needing your phone around. 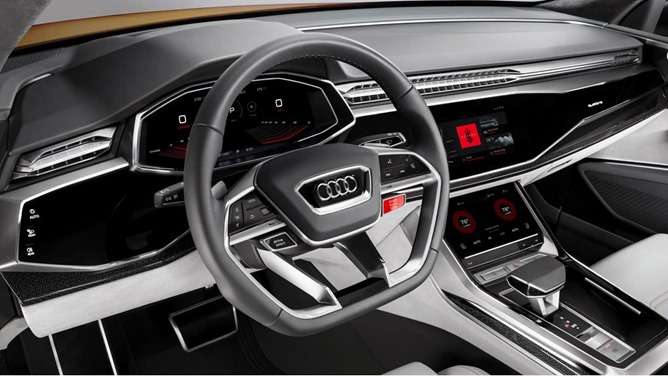 Google revealed last year that its was thinking about the potential of bringing full Android to cars and showed off a prototype Maserati modified to run the experimental software at last year's I/O (Maserati was not involved, Google and Qualcomm shoehorned the tech into a car on their own). Google has been quiet since then about any news related to the new initiative, or any new names for the program. Given how close this is to I/O there is a good chance we'll hear more at Google's event.

Motorola officially announces the Moto C and C Plus, won't be available in the US