Samsung announced a pair of Chromebooks back at CES 2017, the Chromebook Plus and Chromebook Pro. The former is powered by a custom ARM-based OP1 processor, while the latter is equipped with an Intel Core M3 6Y30 chip. The Plus was released back in February, but the Pro was delayed - presumably to fix issues with the Android app compatibility. 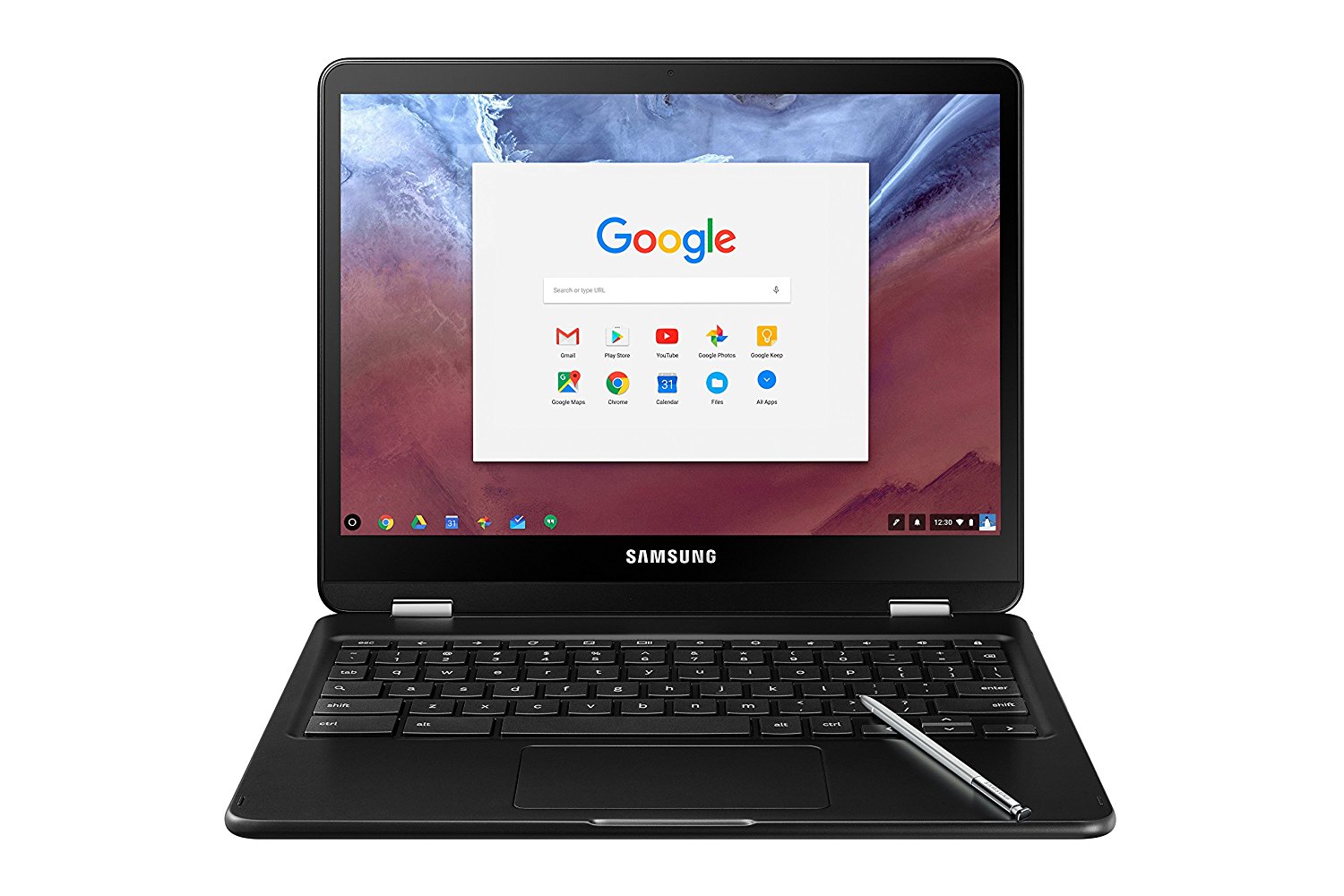 At long last, you can now pre-order the Chromebook Pro from Amazon. The laptop is priced at $549.99, which is $100 higher than the Plus variant. The processor is really the only difference; it has the same 12.3" 2400x1600 touchscreen display, 4GB of RAM, and 32GB eMMC storage. For connectivity, you get two USB Type-C ports, a headphone/microphone combo jack, and a microSD card slot. Both devices use Type-C for charging.

You can buy it from Amazon at the source link below, but keep in mind Amazon only seems to be offering the black color.