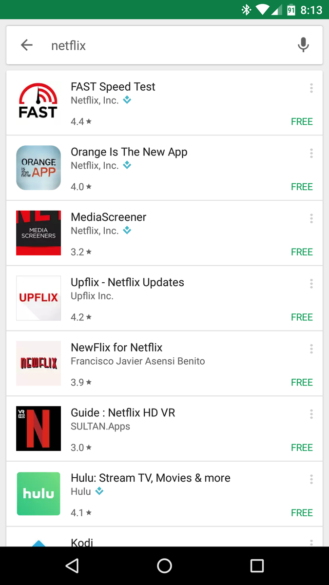 The availability of Netflix seems to vary based on the root method. For example, devices rooted with Magisk don't seem to be affected. For blocked devices, Netflix no longer appears on search results, and visiting the app listing directly shows, "Your device isn't compatible with this version."

I only have one device with root, a Galaxy Tab S 8.4 with LineageOS, and it also shows up as incompatible. For now, the app itself still seems to be working, but this could be indicative of a more effective block coming in the future.

Let us know in the comments below if you have a rooted device and can't see Netflix.

Unlocked devices without custom ROMs or root also seem to be affected. There's a chance that this could be unintentional, so perhaps don't get the pitchforks out yet.

Netflix has confirmed it is blocking unlocked/rooted devices from installing Netflix. See this post for more info.