The Galaxy S8 has had a relatively trouble-free launch thus far, with the one real quality issue being with displays. Some units are coming from the factory with a red tint on their displays, worsening the incredible experience that the AMOLED Infinity Display should bring. This fix (which basically allows for further calibration) first began rolling out in Korea near the end of April, but it's since hit AT&T and T-Mobile devices. Verizon is the latest US carrier to roll it out. 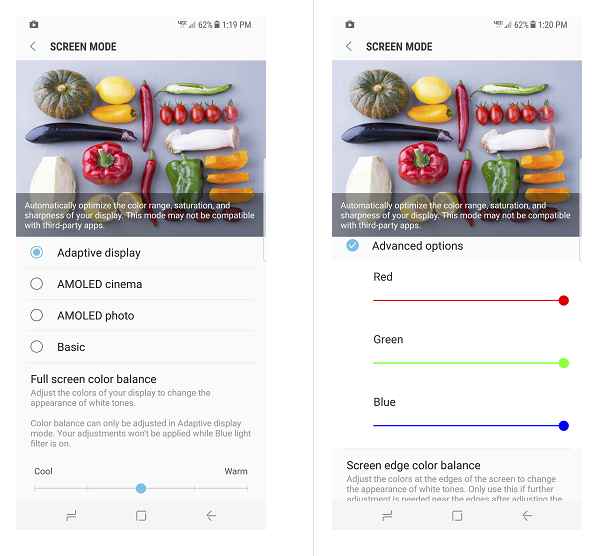 The update brings versions NRD90M.G950USQU1AQDF for the S8 and NRD90M.G955USQU1AQDF for the S8+. Basically, it allows you to fine-tune your screen to minimize the red tint's effect, should that have affected your phone. This can be found in Settings -> Display -> Screen mode, and the red/green/blue colors can be activated by tapping 'Advanced options.'

Other than that, this update doesn't really bring anything new. Verizon notes the addition of Bixby Vision, which was missing from VZW S8s at launch, but that was actually added a few weeks back. If you've got a Verizon S8 and haven't yet received this update, you probably will soon.