Go check out the Google Maps app and you might notice a few things have changed since the last time you poked around. In the last couple of days, Google pushed some changes to the Maps interface that add Street View images to the directions screen. It seems there's also another change showing up on more recent versions that will also move around a few widgets on the screen. 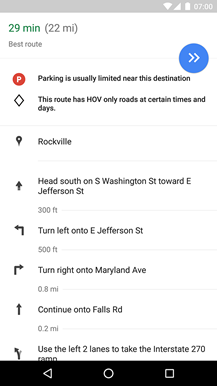 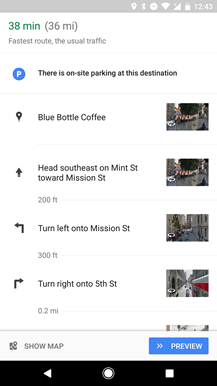 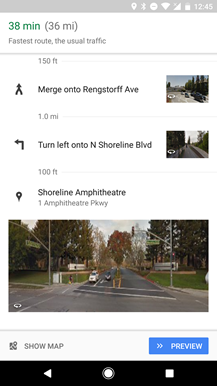 When you begin planning a route between two places, the directions screen will now show thumbnails from Street View with every turn in the list. Tapping on the image will open up Street View's full 360-degree viewer and direct it to the location of the turn.

In the couple of tests I've done with it, Street View seems to also be oriented correctly for the view you'll have as you are driving – meaning it won't point you at the wrong side of the road.

As a bit of trivia, Google first introduced this feature to the Maps web interface right around this time of year back in 2008. There's even a video introducing it. 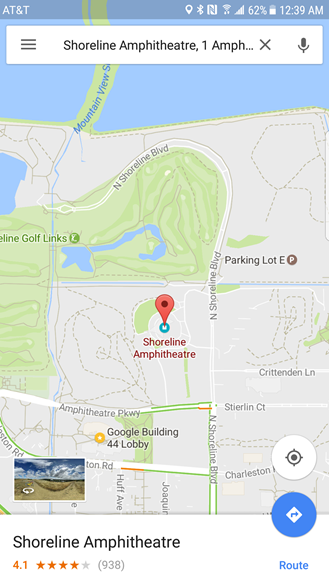 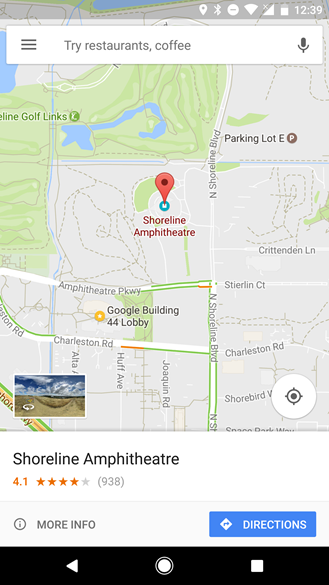 The other notable change is more widespread throughout the interface, but it's a mostly cosmetic adjustment. Many screens now include a bottom bar with contextual activities, often accompanied by a button on the right side. It takes up more space, but it functionally replaces the FAB (Floating Action Button) on many screens, or at least one of the FABs.

This design may remove some confusion for users that don't immediately recognize the icons, but it may take a little longer since some users will have to read more. This is probably an experiment, but Google may eventually add this type of bottom bar to the Material Design Guidelines. 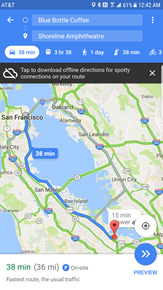 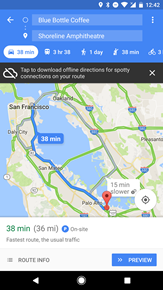 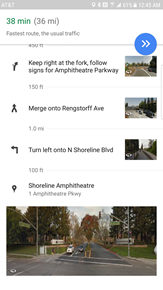 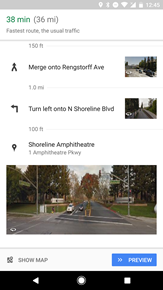 These changes appear to have been activated remotely, so it's possible some users saw these much earlier as part of a test, while others may still see the older interface for a while. Street View thumbnails are showing up on versions of Maps going back at least as far as v9.51.1, the bottom bar seems to be limited to v9.52.0 and later. If you would like to get the very latest release before Google rolls it out to everybody, hit the APK Mirror link below.