Ah, it must be that time again. There is surely another big-budget movie on the horizon as a new movie tie-in game has just released on Android. This time around JOYCITY Corp. is the newest publisher to re-skin one of their previous releases. It is quite clear that their naval strategy game Oceans & Empires has been redesigned as Pirates of the Caribbean: ToW. Is a new skin on an old design worth the download? Let's take a look.

Pirates of the Caribbean: ToW is out of pre-registration and it is finally available for download on the Play Store as of today. It is a free-to-play release that consists of kingdom building MMO strategy gameplay. You will captain a fleet of pirate ships and manage their crews, all while plundering enemies in order to become the ultimate pirate captain.

If you are familiar with the many assortments of empire building games on Android, you should have a good idea of how the mechanics will play out. Once you dive in you will immediately notice the assortment of buttons and menus. While they are all explained in the game's tutorial, it can be difficult to remember what everything does. Luckily you will always be consistently guided to your next objective. There is no guesswork as to what you should do next. All you ever need do is follow the game's commands. To what end this is supposed to be satisfying gameplay, I am unsure.

Now, A sticking point for this release is definitely going to be the ever present in-app purchases. They run as high as $399.99 per item. Which to me is pretty outrageous. The day I meet a game that deserves that kind of money is the day I give up gaming.

"You are without a doubt the worst mobile game I have ever heard of"
"But you have heard of me, yes?"

Another issue I found is that Pirates of the Caribbean: ToW recently re-balanced its gameplay right before launch. There are numerous comments on the Play Store pointing out how the gameplay is now a lot harder to keep up with for a handful of players. Hopefully, this will be re-balanced sometime soon. If not, then the game's $399.99 IAPs make a lot more sense. 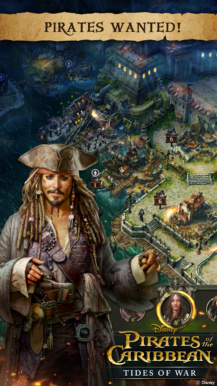 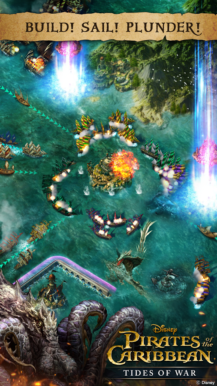 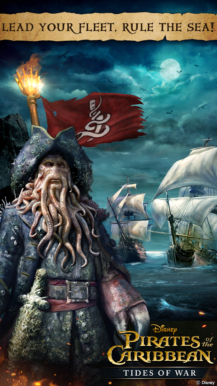 If you are a fan of the Pirates movie franchise, there may be something here to enjoy. The gameplay can be quite mindless, as you will always be directed in what you need to do. I can see how some people may find this comforting. Whether you enjoy that style of game is a choice you will still have to make on your own. The free-to-play nature of Pirates of the Caribbean: ToW at least guarantees an easy download of the title for those that do want to check it out.