Selfies are a bit of a pandemic these days; it's almost impossible to get through a day without seeing at least a few on social media. In keeping with that theme, along with Allo's obsession with sticker packs, the 'smart messaging app' can now create personalized sticker packs from just a selfie. We first spotted this in a teardown back in January, but it's finally live. 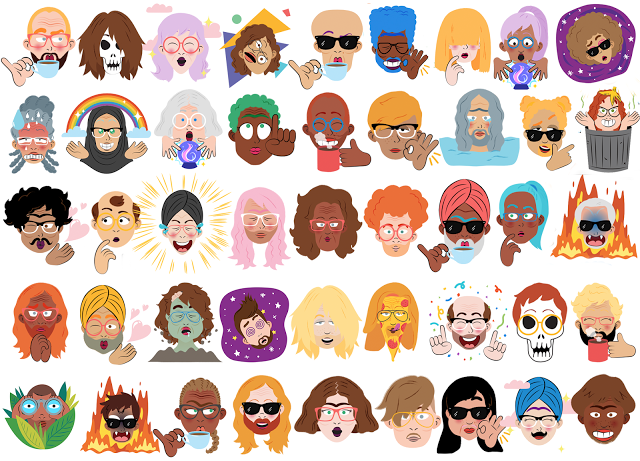 To accomplish this, Google employed an algorithm that could not only recognize things like color values in eyes, but also the visual surroundings. Using its existing general-purpose neural networks, a few human examples, illustrations by artists such as Lamar Abrams, and some human raters to train the network, Google was able to create this whole selfie-to-stickers thing. All in all, there are over 563 quadrillion potential combinations, meaning that it's pretty likely the algorithm will be able to produce something that looks similar to you.

Google is focusing more on representing a particular side or theme of people than actual reality, and the first set of stickers apparently "speaks to your sarcastic side." Future sets could potentially be used during more sincere moments, or turn you into a dog. Additionally, should you find fault with the stickers that are generated for you, you can further customize them.

This feature has begun rolling out for Android users, and the iOS app should get it soon. Sticker away!

You can now download Allo 11 from APKMirror, but clearing the app's cache and force-closing may be required to see the new feature. 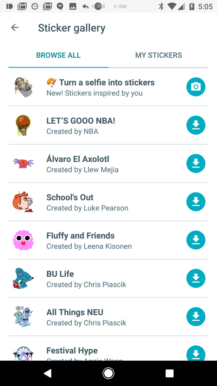 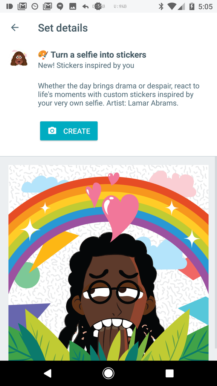 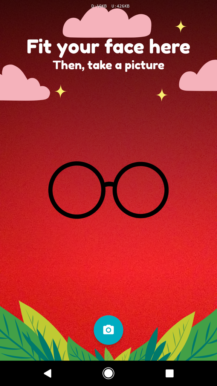