There's a new version of Duo rolling out and this one might be a bit more interesting to those of us running the Android O Developer Preview. With this release, you can push the app into Picture-in-Picture mode, freeing your screen up for other activities. A teardown also shows that users will soon be able to check out Duo calling history, although, probably not through Duo itself. 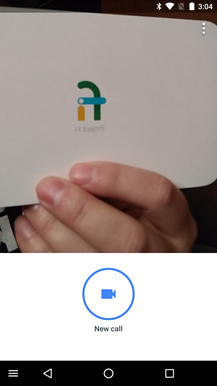 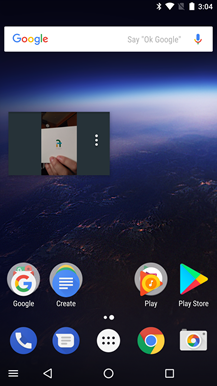 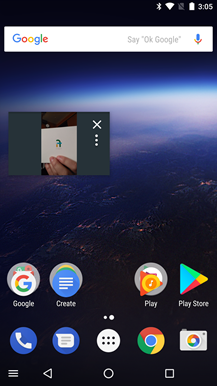 The Android O announcement introduced many new features, but one of the most popular was obviously the expansion of Picture-in-Picture mode to phones and tablets. It had previously been limited to Android TV with Nougat. A few apps on the phone already support PiP mode, but Duo may be one of the apps that will benefit from it the most. With version 11, it is now enabled.

There are a couple of caveats on this. The first is that there's no out-of-the-box way to activate Picture-in-Picture mode in the first developer preview of Android O. However, it's pretty easy to add a virtual key to your navigation bar. The other major catch, at least for me, is that this version of Duo crashes every time I try to start a video call on Android O DP1. Perhaps this is an isolated issue, but many of the most recent Google updates have been crashing on the O preview. I'm inclined to say these apps will all work correctly on the second developer preview, which is likely to be released next week during I/O.

It's also worth noting that Duo's screen, which shows a view through the camera, also currently freezes after switching into PiP mode, but that may be a side-effect of the unstable environment or Google's team simply hasn't fully implemented the PiP support yet. Effectively, we might not really be able to use Picture-in-Picture mode right now, but the important thing is that it's definitely there and will be usable soon enough.

Like Allo, quite a few users have complained that Duo was lacking some key features at launch. One of the common requests has been for a proper call log so you can see who you've talked to and when. The support forums have quite a few threads on this subject. The requests haven't gone unnoticed; the Duo team is working on adding call log capabilities.

Before you write this off as a simple in-app call log like many other Internet-based calling apps tend to implement, this one will actually write to the system call log. You'll have one place to go to see your call history for regular voice calls and anything running through Duo. The option described above is a toggle that will be in the Settings screen allowing users to decide if they want Duo to write these log entries. It's not really clear if you'll be able to tap on an entry in your call log to launch Duo and start a new call, but it does seem like a natural feature to have. I do hope there's going to be a button in Duo that opens a view of your system's call log.

As the strings above point out, there will be an option in Settings to also erase the call log of all Duo activity in a single action, but it obviously requires user authorization. Of course, users should probably also be able to erase individual entries through their system apps, but that may not be allowed on all phones.

Based on the evidence, it's not really clear if this will be enabled anytime soon, but I see no specific reasons it can't be. Perhaps it will only work with later versions of Android O, or we might just be waiting on the next release or two for it to be finished up.

Pirates of the Caribbean: Tides of War washes up on the shore of the Play Store

[Update: APK Download] Google Allo can use your selfie to create a personalized sticker pack ...