In a press release today, PBS KIDS has announced its own streaming stick. Much like the Android app it is able to pull live streamed content from the provider, which as of last year has a new 24-hour channel, as well as give kids access to more than 100 hours of recorded content. Parents that pick one up can rest easy knowing what their children are watching is going to be appropriate content.

When I was a kid, PBS was my jam. As soon as I got home, I would rush to the TV for the two-hour awesome block of Wishbone, The Magic School Bus, Bill Nye, and Kratts' Creatures. Life was good. I don't watch TV anymore outside of streaming services like Netflix, but every once in a while I'll hear about a Nova special worth watching, and I'm right back to that childhood PBS love. I haven't personally seen anything from the new PBS Kids channel, but I hope children still get the opportunity to watch quality educational programming at the new channel, as I did when I was younger.

The $50 device itself is pretty standard fare from a technical perspective. It's got 1GB RAM, 16GB storage, Wi-Fi and Bluetooth, an SD Card Slot, and a Micro USB slot (presumably for power) as well as the ability to suck a pair of AAAs dry. I'm not entirely sure why an option for batteries would have been included since the device would have to be plugged into a TV to work, and therefore be near a power source. Paired with the simple little remote it's a bit more than something like a Chromecast or Fire TV Stick, but all of the proceeds from the device go to support PBS Kids. It launches today at the PBS Kids website and will be available in Walmart stores on May 24th, with other locations to follow later.

If you'd like to check out what sort of content will be available through the device, it should be the same as their app, which you can check out below. 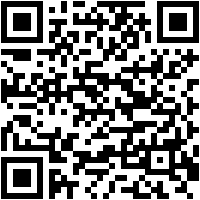 Netflix updated to v5.0 with HDR video for LG G6