Today Snap Inc. released an update to Snapchat. It brings three new features to the media messaging platform: a new Limitless Snap mode to keep snaps open until a recipient exits, a Magic Eraser tool, and a Loop tool to allow a recipient to watch a video multiple times on repeat. This particular Magic Eraser isn't the Mr. Clean product, but a healing tool for editing images in Snapchat.

The update was available for my device, but it might not be out for everyone yet. The so-called "Limitless Snaps" are named as such because they do not have a counter before expiring, as other snaps do. Limitless Snaps will still delete after closing but will remain open and available to view for as long as the recipient keeps them open. The Magic Eraser tool will also come in handy for editing out things in the background that might otherwise ruin a good image. There's also a new loop mode for videos sent in Snapchat so they can be viewed more than once on repeat before they are deleted. 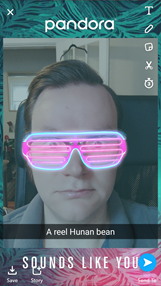 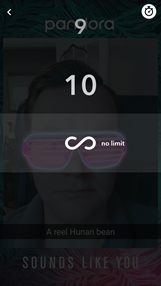 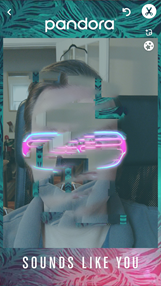 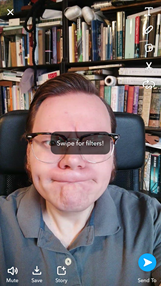 I tried out all of the new features, and they seem to work about as you'd expect. Editing has a new layout, with buttons arranged vertically along the top right edge. Inside the timer settings, you'll find the new Limitless Snap option appears at the bottom of the list. The new "Magic Eraser" (i.e. Photoshop's Healing Brush) appears under the scissor tool. It's the sparkly round icon and works pretty much as expected. If you record a video while making funny faces for random people on the internet, you'll see the new Loop option is just a single tap on the circular arrow icon, bottom-most of those on the top right.

Feel free to check out the new tools yourself. The new 10.8 version of the app can be downloaded over at Google Play via the widget below, or at APKMirror.

Today we’re making a pretty big change to the way you create and send Snaps. We’re reorganizing the layout of our creative tools, adding a Magic Eraser (you’ll find this under the Scissor tool), and adding a new setting to the timer: infinity!

We’ve all felt the frustration of not being able to fully enjoy a Snap – even after replaying it – and we wanted to give you the option of allowing the recipient to enjoy your Snap as long as they’d like. After your friend finishes viewing the Snap and taps to close it, it will delete as usual.

There’s also a new Loop tool for videos so you can decide if your Snap plays once or loops until your friend is ready to tap to the next Snap.

These changes allow us to continue evolving the Snapchat service and provide a foundation for introducing even more creative tools for making fun Snaps! We hope you enjoy it!

The "REVVL T1" could be T-Mobile's upcoming mid-range phone

Google Home can now order you groceries from Tesco in the UK, via IFTTT