We first caught a glimpse at an upcoming touchscreen Echo speaker a few days ago, when the first image was leaked. Now the speaker is officially real, and you can pre-order it now for $229.99 (or $359.98 for two).

So now that it's real, what does it actually do that a normal Echo speaker can't? With an updated Alexa Skills Kit that will be released soon, developers will be able to add touchscreen interfaces to their Alexa skills. For example, the Amazon Music skill will now show lyrics, and the CNN skill will play video briefings. Amazon says the Echo Show will also support playing YouTube videos.

The Echo Show will support video calling out of the box, using the 5MP camera above the screen. You'll be able to call anyone with an Echo Show or the Alexa app. For example, you can call the family Echo from your smartphone if you need to check in. 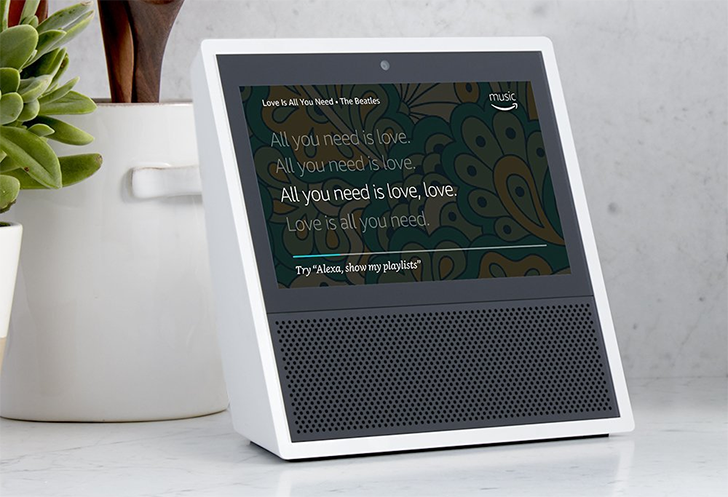 As for specs, the Echo Show has an Intel Atom x5-Z8350 processor, Dual-band (2.4 and 5 GHz) 802.11 a/b/g/n Wi-Fi, a 7" touchscreen of unknown resolution, dual 2-inch stereo speakers, and a 5MP camera. Bluetooth support is also included, so you can use the Echo Show like a Bluetooth speaker (or send audio from the Show to your speakers).

The updated Skills Kit isn't available to all developers yet, but the Echo Show won't even be released until June 28. You can pre-order it now from the link below, and if you want to buy two, you can use coupon code SHOW2PACK to save $100 (making the total order $359).