Amazon's Alexa assistant is currently only talking to you, but you will soon be able to have Alexa reach out and touch someone else. Amazon is adding voice calling and messaging to its Alexa devices, which will most likely be available in time for the launch of the Echo Show on June 28th. This won't be connected to your phone number—it's a completely separate way of making and accepting voice calls.

Voice calls with Alexa work very much like you'd probably imagine. You ask Alexa to call one of your contacts, and that person's Echo starts ringing... but maybe not an Echo. Obviously, you both need to have Alexa access for this to work, but Amazon plans to make this feature available to owners of the Echo devices as well as anyone using the Alexa app. The Echo Show will have video calling support as well.

Then, we have the voice messaging feature. Rather than having a real time phone call, your Alexa-using friends can send you audio snippets. When they show up, you can listen and reply by voice. These messages will be available in the Alexa app or on your Echo device (a light will glow green to alert you to new messages). It's sort of like going back to answering machines without the hassle of calling someone first.

It's not clear if third-party Alexa devices will be included in the voice calling and messaging network. However, Amazon does stress that all of its Echo devices will have support. We'll probably learn more about this feature as we get closer to launch (whenever that is).

The Alexa app has been updated to v2.0, which adds the promised voice calling and messaging. It also brings a fresher interface that looks a lot better than what we previously had in v1.0 (check Rita's Echo Dot review to get an idea of how bad it looked before). The app still seems to be a web wrapper in some places, but many elements feel native and the iconography and colors are more modern. You can grab it from the widget below. 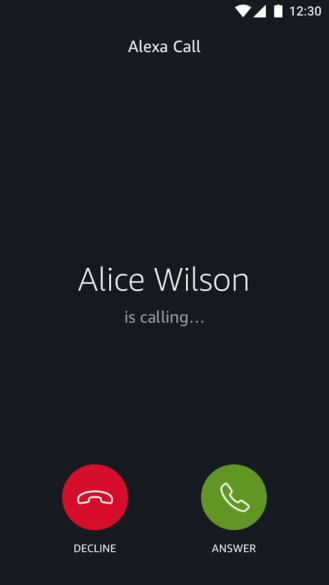 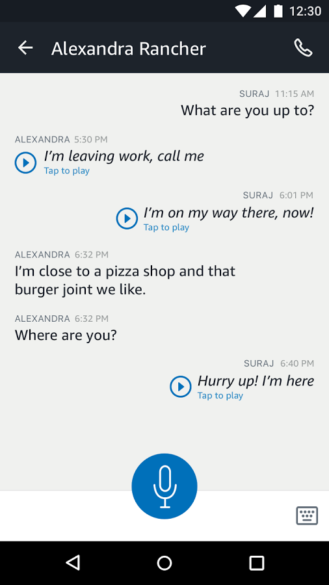