We all know that the Galaxy S8 and S8+ are some of the nicest phones on the market. I could go on and on about all of their features, such as their gorgeous edge-to-edge AMOLED displays, brand-new Snapdragon 835s, excellent cameras, IP68 water resistance, and so much more. I personally think that the S8+ is the absolute best phone out right now, which is why I pre-ordered a T-Mobile model in the beautiful Orchid Gray color as soon as I could. Now that I've been using it for three weeks or so, I've discovered some nice quirks that I've come to appreciate in daily use. 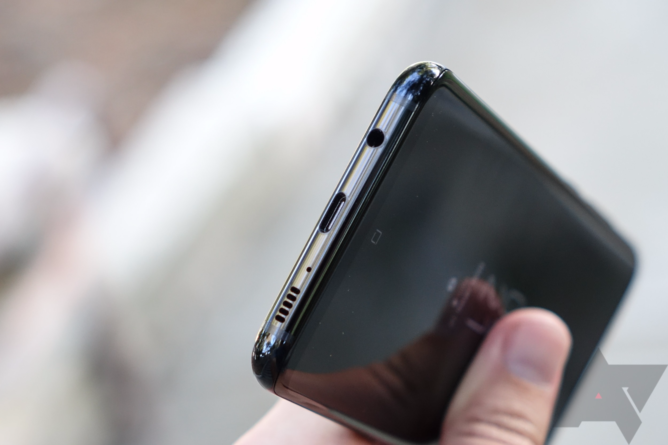 Yes, it's still a single speaker that fires out of the bottom of the phone. But while washing my car and doing various other things outside, I noticed that my S8+'s speaker gets much louder than most other devices', without significant distortion. While I usually have to max the volume on phones like the S7 edge or V20 to hear anything over whatever I'm doing outside, I found that I'd actually have to lower the S8+'s volume by a notch or two so that I wouldn't piss off the neighbors too much.

Using my Moto X Pure Edition as an impromptu sound meter placed about two feet away from the test subjects, I found that while my LG V20 maxed out at around 72dB while playing some music, the S8+ hit 76dB with the same song. Turns out that you can have a loud internal speaker in a phone with IP68 water resistance.

#2: Zooming in the camera app

With most smartphones, zooming is pretty cumbersome. You have to use one hand to hold the phone up and tap the shutter, and another to do your pinch-to-zoom gesture. With the S8, though, you can do this formerly two-hand job with only one (I know, I know, that's what she said).

Simply slide the shutter button up and down (or if you're in portrait mode, right and left) to zoom in and out. Once you finish zooming, the shutter pops back into position, and you can take your picture. Quite frankly, I'm not sure how it took manufacturers this long to figure out a better zoom implementation. (Motorola's in particular, if I remember correctly, is terrible.)

#3: The fingerprint swipe gesture for notifications

Remember that fingerprint swipe gesture that debuted on the Pixel? The one that allowed you to swipe down on the fingerprint sensor to open the notification panel, swipe down again to expand it, and swipe up to close it? Well, it's here on the S8 - for the most part. For some reason, Samsung decided to omit that second swipe down that would let you expand the panel. That doesn't bother me much though, since there are quick settings up top anyway.

You may also notice the grayed-out option underneath to open Samsung Pay by swiping up on the fingerprint sensor from the home screen. Why is it grayed-out, you ask? Well, you need to go into Samsung Pay's settings and under 'Use Favorite Cards,' toggle 'Home screen.' After you do this, you'll be able to swipe up on the sensor from your home screen to activate Samsung Pay. However, you can't swipe down to close the Pay prompt, as Pay is already attempting to read your fingerprint to authorize the payment. I'm not a developer, but I assume that the fingerprint sensor can't read fingerprints and swipes at the same time.

You're probably wondering why I'm considering the launcher, which is arguably the central point of the UI, a 'little thing' or a 'quirk.' My reasoning is that since it can be swapped, it's not a big deal if the phone doesn't come with a good one. But the S8's launcher is good - so good that I haven't swapped it for Nova Launcher, something I've done on every single phone I've owned for longer than I can remember (yes, even on Moto and Nexus/Pixel devices).

Let's start off with the home screen. Samsung's weather widget, which goes perfectly with the theme of the clock from the Always-On Display and lock screen, can't be used on any other launchers. You may also notice that I don't have an app drawer button (that's off by default); however, if you want one, you can add it in the launcher's settings. Plus, if you hate app drawers in the first place for whatever reason, you can disable that altogether and have all of your apps on your home screens. And even though the left-most Hello Bixby page is enabled out of the box, it can easily be disabled.

To open the app drawer, you can swipe up or down - your choice. You can do either to close it as well. In most launchers, long-pressing an app in the app drawer immediately brings it to the home screen, but that's not the case with the S8's. Instead, a 3D Touch-esque prompt will pop up with options such as 'Select multiple items,' which allows you to batch uninstall/move apps to a folder; 'Add to Secure Folder,' which moves your stuff to 'Sleep,' and other more basic functions.

Go to the launcher's settings, and you'll be able to change the home screen's grid and the app drawer's grid, choose if you want the aforementioned app drawer button, and hide apps. That last one is kind of a big deal, at least for me. Hiding apps was the sole reason that I'd always use Nova Launcher (which I'd always customize to look exactly like the Pixel Launcher), even on the Pixel XL. It's also quite a rare sight today, though I do recall Samsung's launcher having it a few years ago. Au revoir, all the stock Samsung and T-Mobile apps that can't be disabled. 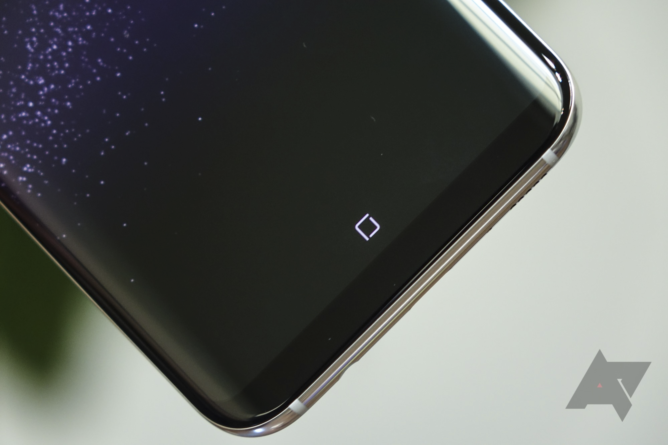 One of the advantages to Samsung's trademark home button was that it could wake the device from sleep easily and reliably. With the S8's transition to on-screen keys, I worried that this would be lost, but the pressure-sensitive home button works just as well. Just press it, and your phone will wake, regardless of whether you have the Always-On Display enabled or not.

Another bonus: pushing that spot when you're in a full-screen app will take you back home; no need to swipe up from the bottom of the phone anymore. Those of you physical button-lovers might be thinking that you didn't need to swipe up with older Samsung devices anyway, but now, the full face of the phone can be used for the screen. There really aren't any disadvantages to the on-screen keys that I can find, and I'm especially loving how I can put the back key on the left, where it's supposed to be. 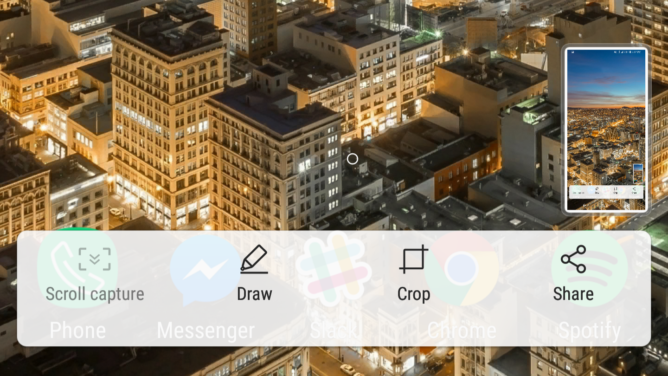 So simple, yet so awesome. Since it's been on Samsung phones for a few years now, I've relegated it to 'bonus' status, but words cannot express how much I love the Scroll capture feature. Whether you're trying to document a long conversation or just saving something on the web to read for later, it always works perfectly. The 'Draw' and 'Crop' functions aren't half-bad either, in case you were wondering.

There are so many other little things that I like about the S8, like how the heart rate monitor is now covered by glass and how easily you can switch apps between 16:9 and 18.5:9, but these are five of the best and most useful ones that I could think of. Let us know if you have any others in the comments below.

[Update: Winners, coupons for everyone else] Giveaway: 15 lucky readers will win a premium car ...

Qualcomm announces the Snapdragon 660 and 630