Premium cable and satellite television network Epix has launched its very own casting technology that doesn't require any extra hardware. The imaginatively named "EPIX Cast" enables any Android device loaded with the Epix app to stream content to any connected TV set. This is all part of the company's "TV Everywhere" approach, which it hopes will attract customers through being easy to use and ubiquitous.

The service is essentially a repackaging of pre-existing standards under the "EPIX Cast" moniker, and as such will work with Google Cast or Vizbee-enabled devices. At launch, it will be available for a range of LG, Sony, and Vizio TVs, as well as Sony's connected Blu-ray players. Compatibility with Samsung Smart TVs, Roku, Amazon Fire TV, TiVo, and Xbox will be added in the near future. According to Epix CEO Mark Greenberg, the new feature is proof that the company is "once again leading the charge on advancing the consumer viewing experience.”

The introduction of "EPIX Cast" coincides with a new partnership granting access to any device on the Vizbee network, which greatly improves the number of possible streaming options around the home. Some of the other USPs for the service include the ability to seamlessly switch content from one screen to another, and continuous playing even when the original Android device is out of range or switched off (much like with Chromecast).

"EPIX Cast" is available through the Epix app, which you can download using the link below or at APKMirror. 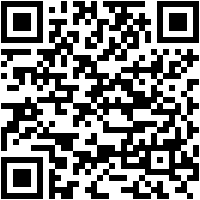 The OnePlus 5 name and summer availability have been confirmed