Dust off your Daydream headset once again, as there is a new game out on the platform. Climax Studios has recently released Lola and the Giant as a Daydream exclusive. This is a puzzle-adventure game that plays out in a third and first person view. There is even a companion app for non-VR users to join in on the adventure. Without further ado, let's dive in and see what this title has to offer?

This year we have seen a handful of games that have come to the Daydream VR platform. Just last week we saw the release of a solid puzzle-adventure game that was explicitly exclusive to Daydream. It would appear that this week's release of Lola and the Giant is no different in its apparent exclusivity. While I am not a fan of the game being locked to one platform, it is still nice to see new Daydream games coming out.

More or less, Lola and the Giant is an interesting release. Sure, at first glance it would appear to be your standard VR puzzle-adventure game where you interact with the environment to solve puzzles. But it is the inclusion of the companion app that makes the experience all that more rewarding. Now you can share your adventure with a friend.

The way the companion app works is that it allows anyone with a smartphone to join in on the gameplay. There is no need for a second Daydream compatible device. Whoever joins in on your game will be allowed to place markers in your world, which can help to highlight something you may have missed. While the companion is limited in their interaction, they can view the entirety of your world through gyroscopic controls.

As for the gameplay in the non-companion app, it takes advantage of mixing a first and third person view. The gist is that you control both a little girl as well as her friend, who happens to be a hulking rock giant creature. You will switch back and forth between these two characters in order to solve the puzzles that inevitably block your path of progression. Sure, it may not be the most original concept, but it is a fun mechanic all the same.

Like many Daydream games, Lola and the Giant has a higher price point than your standard release on Android. You can pick it up today for $10.99, but that may be too high for some of you as this is an untested game with no available demo. What is nice is that there are no advertisements or in-app purchases. So once you pay for the game, it is yours in its entirety.

Honestly, Lola and the Giant looks to be a solid release with an interesting gameplay mechanic and a fun companion app. Sure, the price point may not be for everyone, but if you happen to pick this up, sound off in the comments and lets us all know what you think. 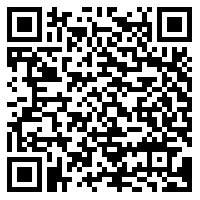 Comparison: All of the Android Wear devices announced or released in 2017 so far