To be quite honest, I am not a huge fan of Zynga or their pricing models. I would fit them squarely in the same camp as Nexon, Gameloft, King, and Gamevil. So it is a bit of a surprise to see Zynga releasing a game that actually has some depth and thought behind it.

To start, Zynga has hired several crossword writers from many prominent newspapers. This alone is pretty shocking, as they apparently want to offer quality crossword puzzles. Consider my mind blown.

The second surprising bit is that Zynga is offering a new puzzle daily. This can't be a cheap feature for them, and I have to say it is highly appreciated. Mimicking the method of delivery used by the daily paper should be pretty endearing to any crossword fan. Zynga has even added content on top of these daily puzzles by offering a bunch of free bonus puzzles. Honestly, I wouldn't be surprised to see this feature eventually devolve into a revenue stream. Here is hoping that they can keep some of the free bonus puzzles around when that day arrives. 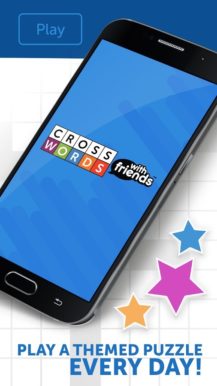 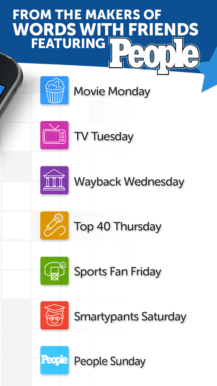 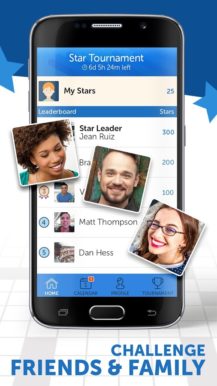 Moving forward, I find that the gameplay is actually enjoyable. Filling in each blank square by typing in a specific letter is quite easy to do. Even shifting from a vertical line to a horizontal is pretty intuitive. Each line that you need to fill in will have a clue as to what the required word is. So far these clues have been pretty helpful. There is also a hint system for when you get stuck, which of course costs you your in-game currency. As you would expect, you can purchase more currency through an in-app purchase. So far I have seen little reason to use this hint system, but I am sure there will be more challenging puzzles that may require it. The primary concern I have with this system is that it may be too easy to take advantage of the users through it. If you are purposefully given shoddy clues, it will then be a prerequisite to use the costly hint system to progress. I suppose only time will tell if this is the route Crosswords With Friends will take.

Feature wise, I have found that there is an unyielding requirement to connect with Facebook. Crosswords With Friends will constantly incentivize you with free coins if you sign in through your Facebook account. There is also an issue with your default avatar and username, which cannot be changed unless you sign in. If you do give up the ghost, your Facebook name and avatar will carry over to the profile of the game. There is even a built-in cross-platform cloud save feature that can be utilized once you have signed in. It is also worth noting that Google Play Games is supported through an achievement and cloud saving system. Unlike Facebook, there is currently no way to customize your name or avatar when you sign in through your GPG account. All in all the GPG support is lacking, and the Facebook support feels forced. 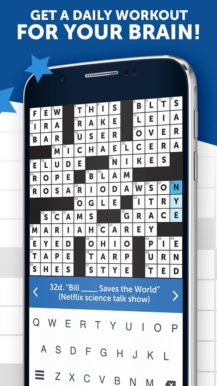 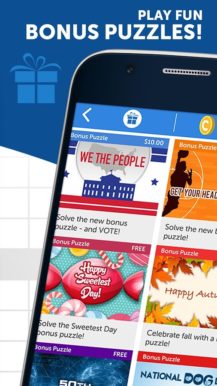 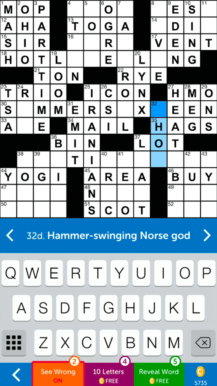 If you were not yet aware, Crosswords With Friends is a free-to-play title. This means that there are advertisements and in-app purchases that range up to $59.99 per item. The IAPs are for buying extra currency, of which there is luckily only one type. You can also earn this currency ever so slowly by watching optional advertisements.

If you are a crossword puzzle addict, there is quite a lot to enjoy in Crosswords With Friends. If you are an ardent Zynga detractor, (like myself) there is still enough solid gameplay on offer in order to have fun here. I just find that you need to keep in mind what the pitfalls with this release may be, that way you can come away unscathed in the end.