Android Wear started off, as many Google products do, as something closer to a proof-of-concept than a finished product. The first watches had problems, the software was unfinished, and tech companies were the only ones producing them. Now that Android Wear is becoming a more mature platform, mostly thanks to the long-awaited 2.0 update, we're starting to see more watches than ever hit the market.

It was fairly easy to compare Android Wear watches in years past - only a handful of tech companies even bothered. But now, a vast amount of wearables are being released, with most of them by actual watch companies. So how do they all stack up?

You may notice some missing information below, especially from Fossil. We tried multiple times to reach out to Fossil for information on its upcoming watches, but we didn't receive a response.

We've compiled a massive table comparing every watch. It's also available as a spreadsheet file. 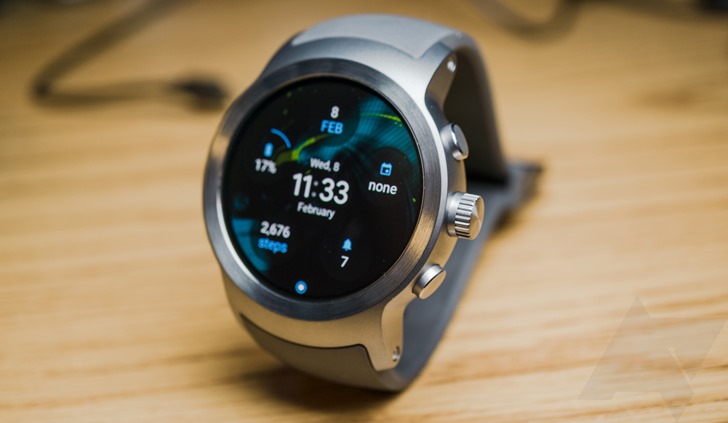 The Watch Sport was one of the two Android 2.0 launch devices, developed by LG in collaboration with Google. It's definitely one of the most feature-packed watches on the market, supporting every feature the OS does. It works with Wi-Fi, LTE, NFC, and GPS - and includes a heart rate sensor and a speaker.

As far as specifications go, it has a Snapdragon Wear 2100 CPU, a 480x480 1.38" circular display, IP68 water resistance, and a 430mAh battery. Unfortunately, battery life isn't fantastic, especially if you need to use LTE often. Be sure to check out our full review for more details, and you can buy it now from various retailers for $349. 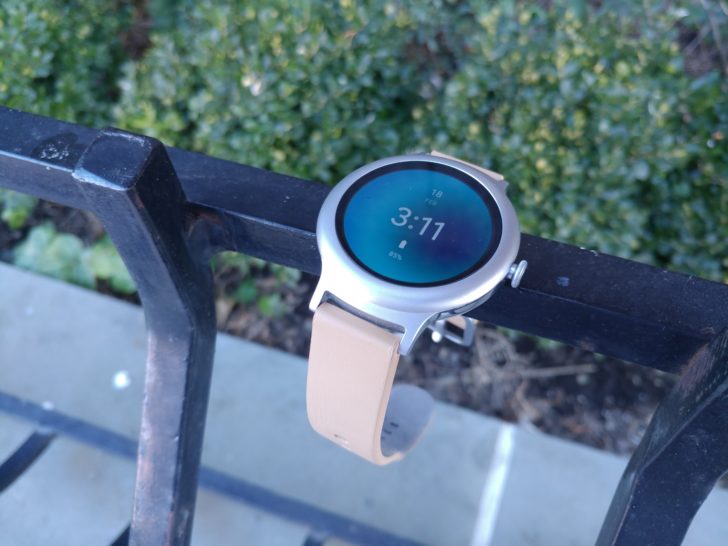 Just like the Watch Sport, this was developed by LG and Google as an Android Wear 2.0 launch device. The Style is much thinner than the Sport, but at the cost of features and battery life. It lacks NFC, LTE, GPS, and a heart rate sensor. The battery capacity is just 240mAh, which should only get you through a day of use (if that). 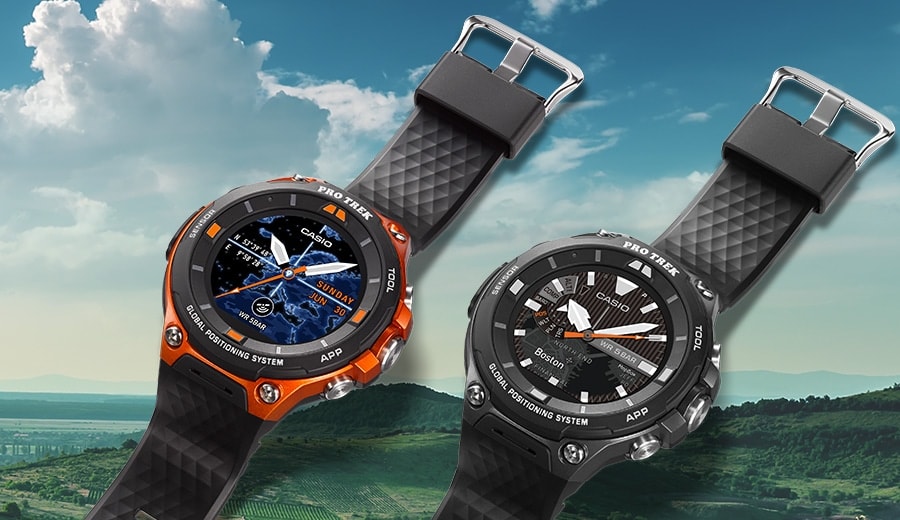 If you need a super rugged Android Wear device, the WSD-F20 may be for you. Casio announced the watch back in January, and it just recently went on sale for a whopping $500. For that price, you're getting a speaker, Wi-Fi and GPS connectivity, and a 1.32" 320x300 display.

However, the WSD-F20 is missing quite a few important features. It doesn't have a heart rate sensor, NFC, or LTE. Also, it is one of the few 2017 Android Wear watches with a flat tire display. 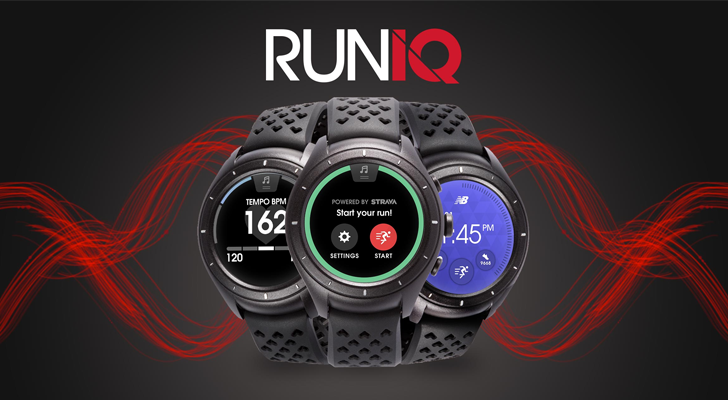 New Balance released its first Android Wear watch earlier this year, the RunIQ. As you might guess, the RunIQ is primarily designed for workouts. It's powered by an Intel Atom Z34XX processor and includes Wi-Fi and GPS connectivity, a 1.39" 400x400 circular display, a 410mAh battery, and 5ATM water resistance.

Unfortunately, the RunIQ lacks NFC for Android Pay, as well as LTE connectivity and a speaker. It's currently priced at $299. 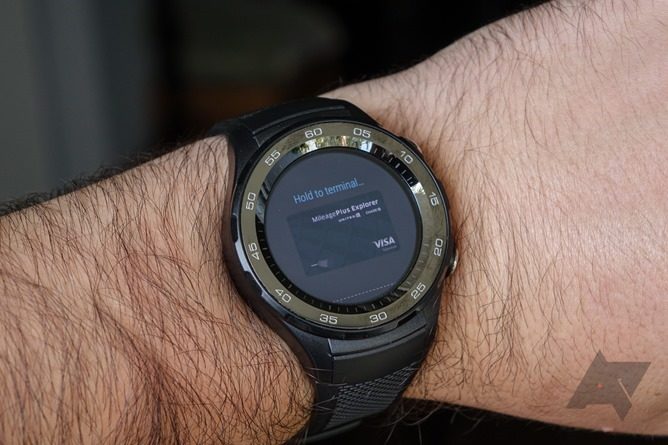 Why, Huawei? You were the chosen one! After the original Huawei Watch ended up being one of the best Android Wear devices on the market, many were excited for a newer model. Unfortunately, what Huawei provided was subjectively worse than the original - you can find our full review here.

If you're still interested, the Huawei Watch 2 has a 1.2" 390x390 circular display, a 420mAh battery, IP67 water resistance, and all the connectivity and sensors you could want (including LTE). It's currently on sale for around $299, depending on the retailer. 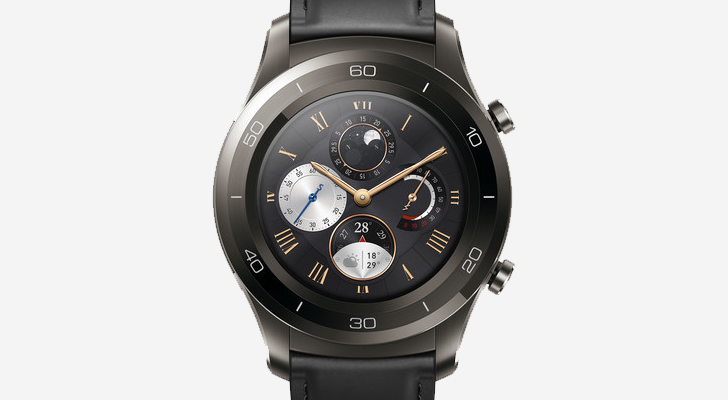 The 'Classic' variant of the Huawei Watch 2 is probably closer to what most people were hoping for. It has almost exactly the same specifications as the normal Watch 2 - a Wear 2100 CPU, 1.2" 390x390 display, 420mAh battery, IP67 water resistance. However, it lacks the Wear 2's LTE support.

The Watch 2 Classic is also $70 more expensive than the normal model, and shares many of its faults - small screen, no digital crown, etc. It's currently priced at $369 at most retailers.

The award for the longest smartwatch name goes to the TAG Heuer Connected Modular 45. This watch has an Intel Atom Z34XX processor (the same one the Casio watch uses), 1.39" 400x400 circular display, 410mAh battery, and speaker.

As far as connectivity and sensors, it has Wi-Fi, GPS, and NFC for Android Pay. It does not have a heart rate sensor or LTE. The Connected Modular 45 also wins the award for most expensive smartwatch on this list - you'll be shelling out $1,650 for the privilege of owning one. 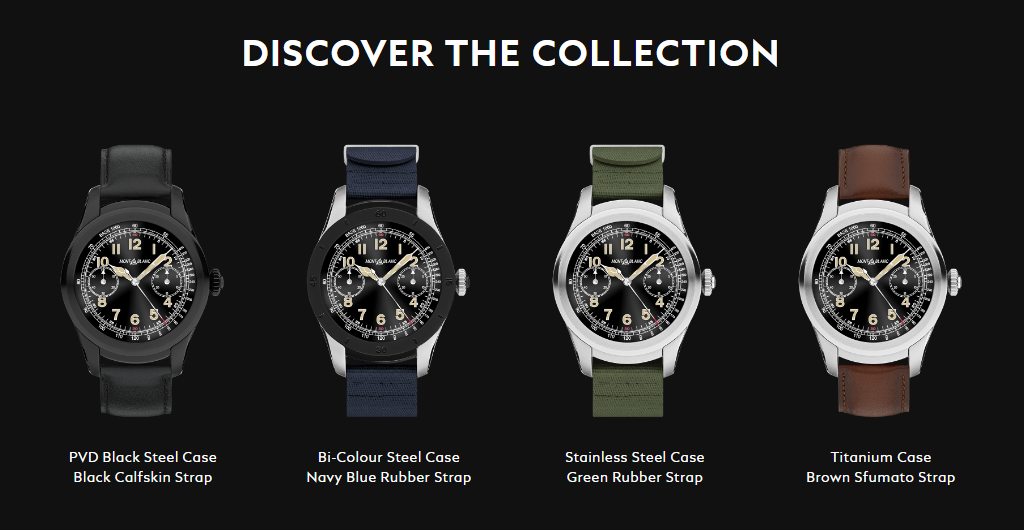 Similar to the TAG Huer, the Montblanc Summit is another luxury smartwatch. It has a Snapdragon Wear 2100 CPU, 1.39" 400x400 circular display, heart rate sensor, 300mAh battery, and IP68 water resistance.

Unfortunately, the Summit is a bit light on functionality. It doesn't have NFC, LTE, GPS, or a speaker. Whether or not that matters is up to you, but I expect the $890 starting price will drive most normal people away. 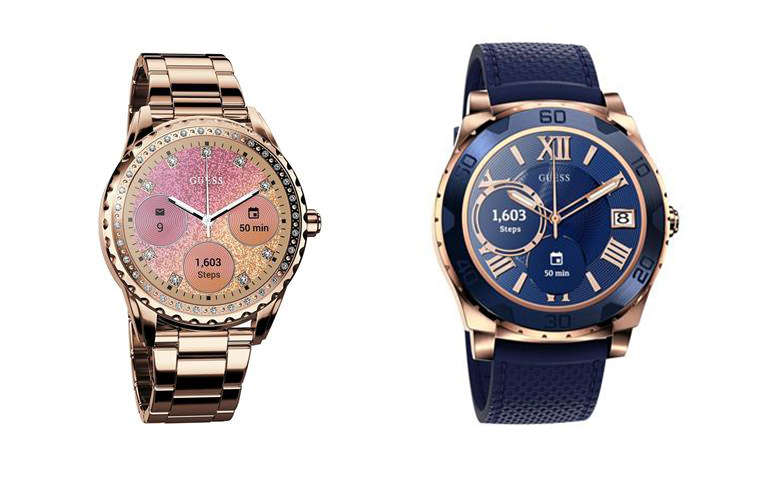 GUESS has made hybrid smartwatches with dot-matrix displays in the past, but this year, the company released a proper Android Wear watch. It's available in two sizes - a 41mm for women (left) and a 44mm for men (right).

The GUESS Connect has a Snapdragon Wear 2100 processor but lacks NFC, LTE, GPS, and a heart rate sensor. The watch is expected to be released in Fall or Winter 2017 and will start at $300. 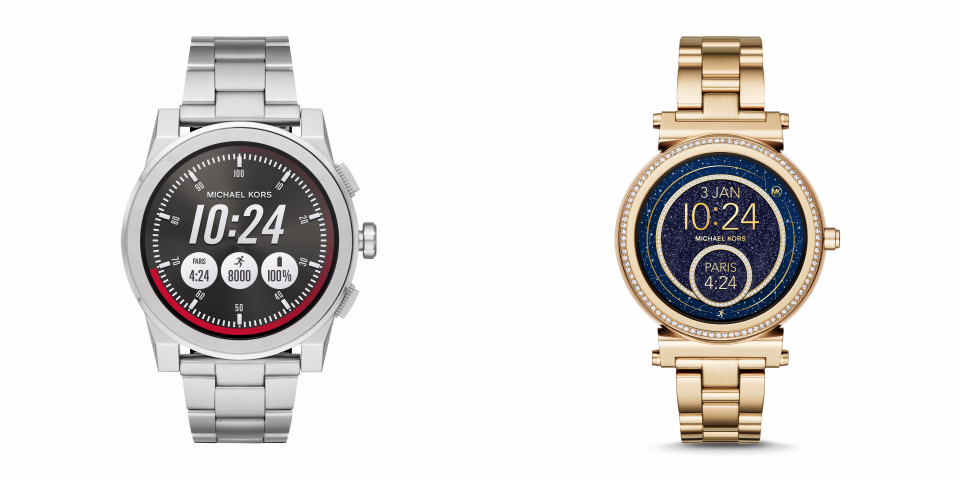 Michael Kors announced two very similar Android Wear watches earlier this year, the Access Grayson (left) and Access Sofie (right). The Grayson looks more like a traditional men's watch, with an AMOLED display and a digital crown. It will be available in gold, stainless steel, and blue/black.

The Sofie is primarily targeted at women, with a thinner case and a lighter feel than the Grayson. It has the same AMOLED display, but sadly lacks a digital crown. It will have eight plating/bracelet combinations and seven interchangeable strap options.

Both watches have a Snapdragon Wear 2100 processor and will start at $350. 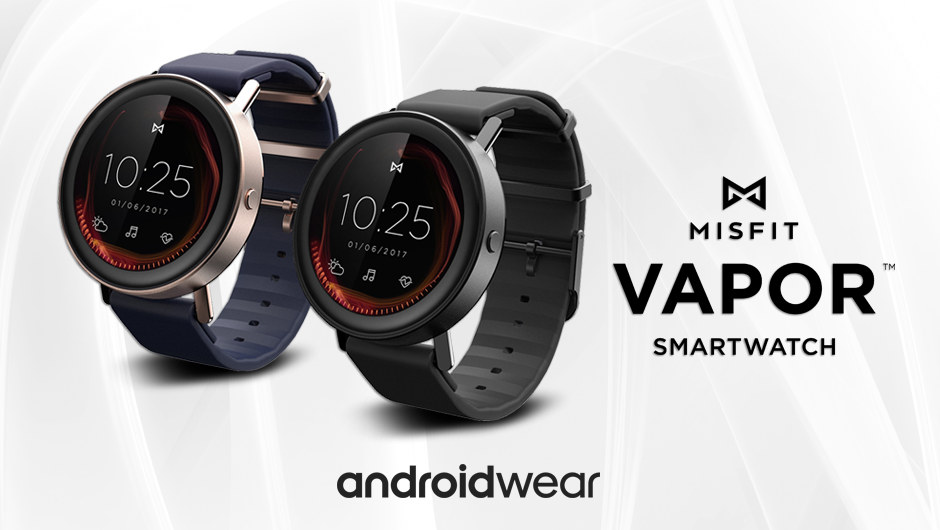 There are plenty of expensive products on this list, but if you're looking for a good value smartwatch, the Misfit Vapor might be the best choice. It's the second-cheapest Android Wear device on this list, at just $199, but it has a Wear 2100 processor, a 1.39" circular display, water resistance up to 50 meters, Wi-Fi, GPS, and a heart rate sensor. However, I was unable to find confirmation that the Vapor included a speaker.

Design-wise, the Misfit Vapor is definitely one of my favorites. It has a similar design to the Moto 360, but with a small bezel surrounding the screen instead of the 360's flat tire. It will launch in "Late Summer 2017." 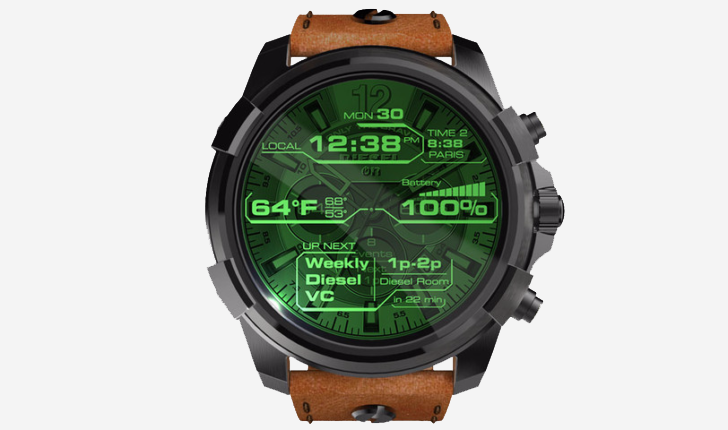 Diesel's first Android Wear watch, the Diesel On, was announced earlier this year at Baselworld 2017. Hardly any useful information about it has been revealed, besides the fact that it uses a Snapdragon Wear 2100 processor and will have "hundreds of customization options." It looks like it has a digital crown, but we can't be sure. 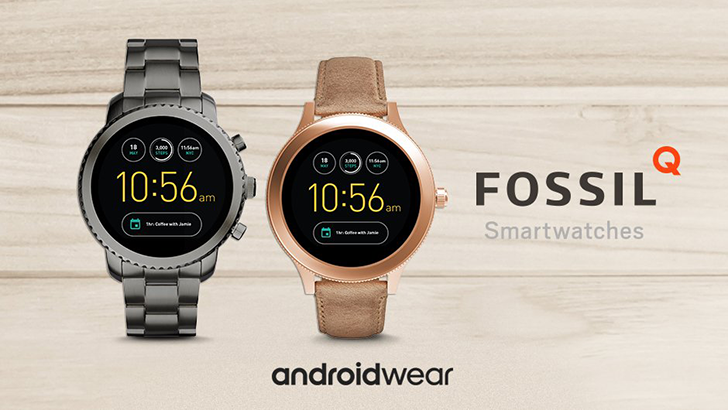 Fossil's first Android Wear watch was released back in 2015, and the company followed up on it with two more in 2016. This year, Fossil is releasing the Q Venture and Q Explorist. Details on these are also incredibly sparse, but we do know both watches will have a Snapdragon Wear 2100 CPU and will be released in the Fall.

It seems very likely that both watches have a flat tire display, as companies often try to use black watch faces in promotional material (such as the above image) to hide it. In fact, adjusting the brightness and contrast on the above image does reveal a flat tire. 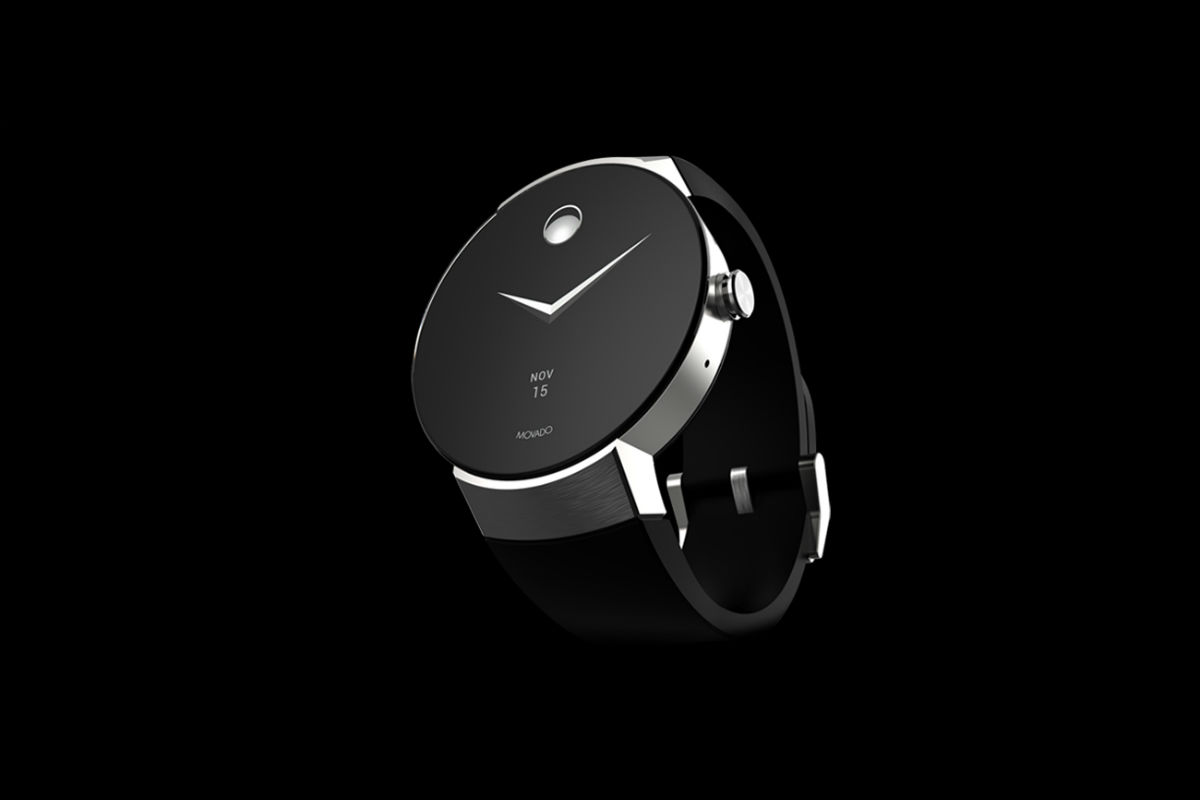 Movado's first Android Wear device, the Movado Connect, definitely looks sleek. It has an edge-to-edge 1.46" 400x400 circular display, a 300mAh battery, Wi-Fi connectivity, and NFC for Android Pay. However, it is worth noting that the Connect lacks a speaker, LTE, GPS, and a heart rate sensor. 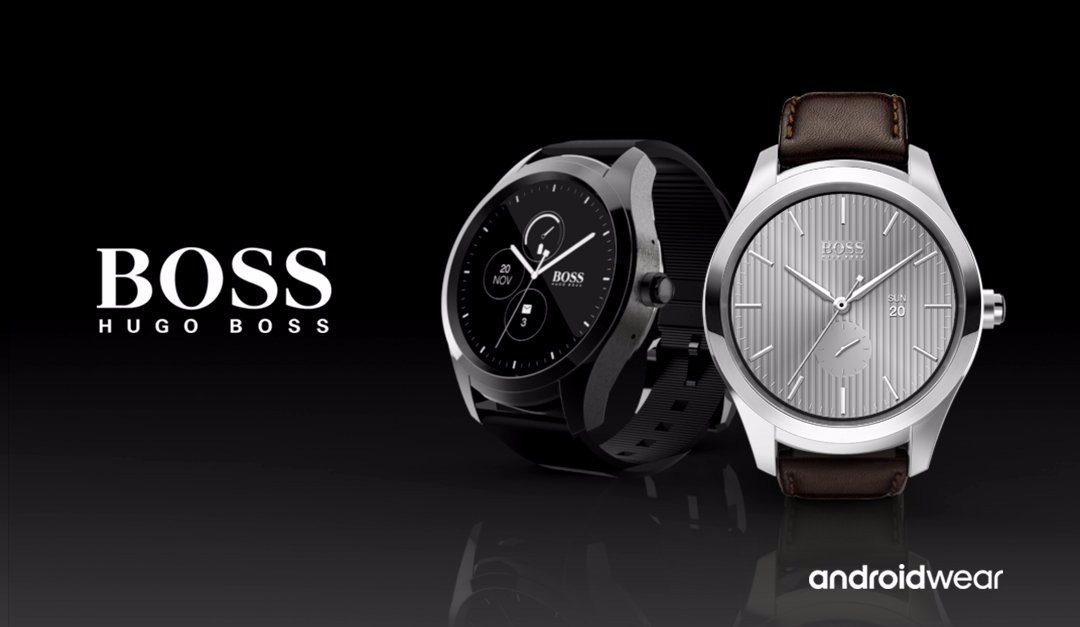 Another sleek Android Wear watch announced this year is the Hugo Boss Touch, priced at $395. The specifications are identical to the Movado Connect - Wear 2100 CPU, 300mAh battery, 1.46" 400x400 circular display, and Wi-Fi/NFC connectivity.

Just like the Connect, it's missing a speaker, LTE, GPS, and a heart rate sensor. You'll be able to buy it this Fall. 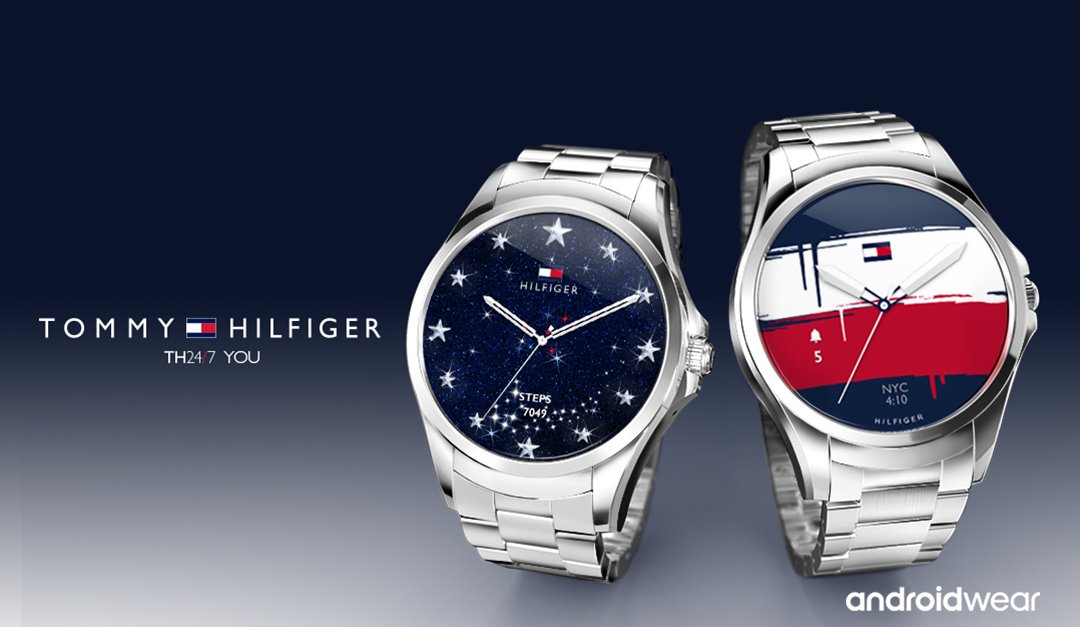 This watch wins the award for the worst smartwatch name, but it seems to be pretty good at everything else. It has a Wear 2100 processor, a 1.4" circular 400x400 display, and a 300mAh battery. The watch does have Wi-Fi support, but lacks a speaker, LTE, NFC, GPS, and a heart rate sensor.

You'll be able to buy the TH24/7You in the Fall for $299 - making it one of the more competitively-priced options on this list. 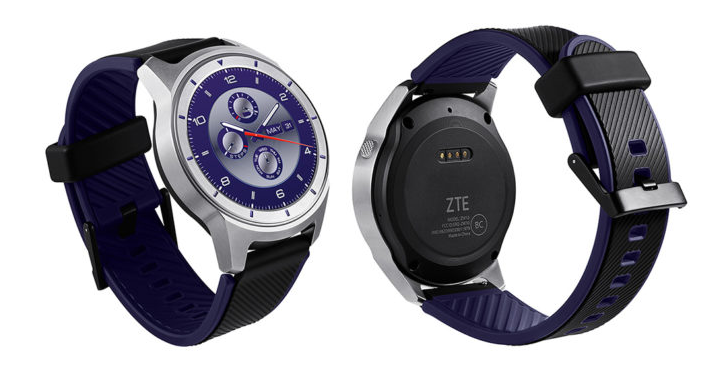 At $192, the ZTE Quartz is the least expensive watch on this list, barely beating out the Misfit Vapor. Currently exclusive to T-Mobile, the Quartz has a Wear 2100 CPU, 1.4" 400x400 circular display, and IP67 water resistance. It supports Wi-Fi, 3G, and GPS connectivity, but no NFC.

There's also no heart rate sensor on the Quartz, but it does have the largest battery of any watch on this list at 500mAh. The carrier exclusivity is a bit of a bummer, but maybe we'll see an unlocked model show up in the future. 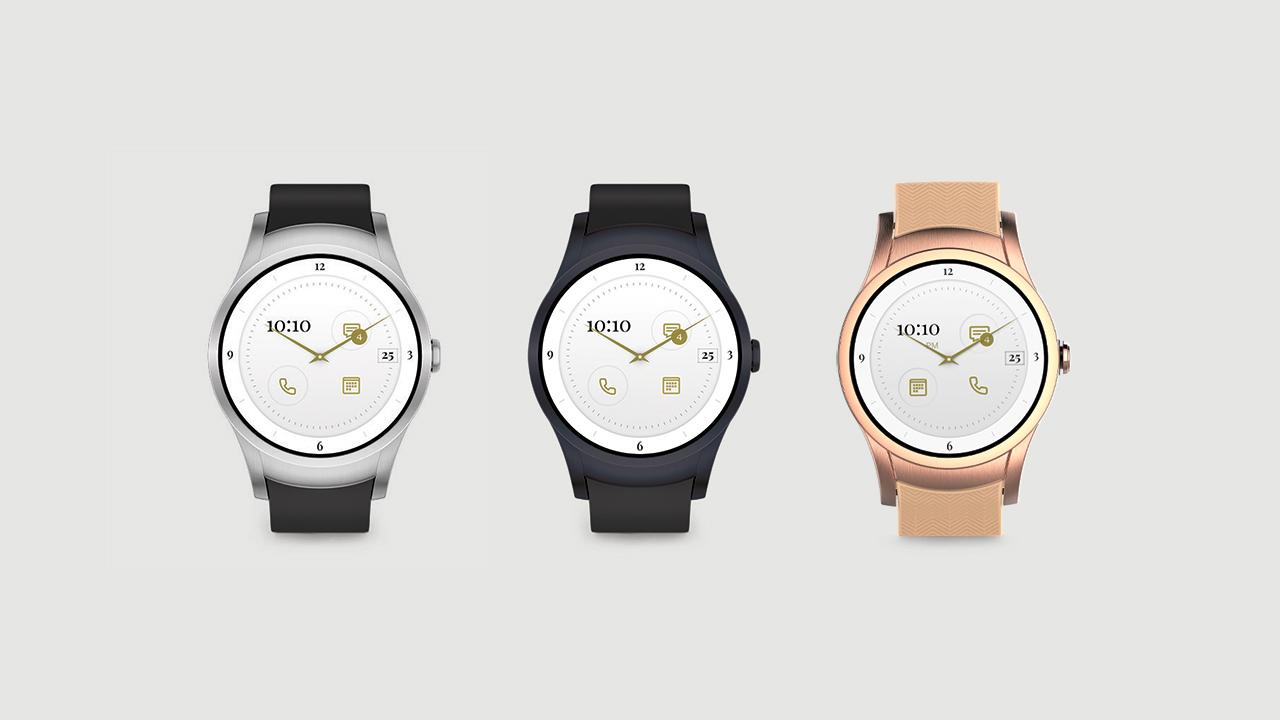 Verizon surprised everyone when it announced an LTE-capable Android Wear watch alongside the LG Watch Sport, undercutting the latter device in the process. The Wear24 has all the features of the Watch Sport, except Android Pay and a heart rate sensor. It does have an NFC chip, but it is not compatible with Android Pay.

You can currently buy the Wear24 from Verizon for $349 outright or $300 on a two-year contract.

We're starting to see more and more actual watch companies invest in Android Wear, which I see as a good thing for the platform. Up until now, Android Wear has largely only been used by tech enthusiasts. I've seen plenty of people with Apple Watches (not as many as Apple would like, but still), but hardly anyone with Android Wear devices.

Android Wear 2.0 in general is a bit of a mixed bag. While I personally don't mind the changes as much, others are much less happy about it, and for valid reasons. We'll have to see where the platform goes in the coming months (and years), but there is no shortage of watches to choose from.

BlackBerry KEYone review: A tale of a decent phone full of annoyances