Spaceplan is the latest incremental game to be released on Android. What was originally a web-based idle clicker prototype, is now a full featured title with plenty of expanded content. Developer Jake Hollands has been hard at work porting Spaceplan to Android, iOS, and PC for release on May 4th. Lucky us, it would appear that the Google Play Store has gotten it a day early.

It used to be that you would secretly play an incremental clicker in an extra tab you had open in your browser while you were at work. It was something you were ashamed of, but you still played as it always helped to pass the time. Well, it would appear that you can now play them out in the open, with absolutely no shame. Just whip out your cell phone or tablet, and you can enjoy your addictive clicker gameplay wherever you are. Suffice to say, the incremental clicker has wormed its way into our lives and will now never leave.

What is worrying is that this could not be more true about DevolverDigital's Spaceplan. Honestly, I haven't been able to stop playing it. So head this as a warning, do not venture forth with an install unless you are positive you can resist the sweet, sweet callings of the game's potato-themed puns.

Gameplay wise, you get exactly what you would expect out of this idle tapper. You start out by manually tapping on the screen until you have enough Watts to purchase items in your Thing Maker. These items will then earn you Watts without the need for you to tap the screen. From this point forward you will be diving into a cornucopia of upgrade paths and potato-themed tools. 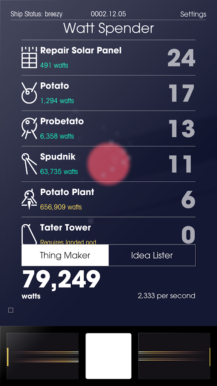 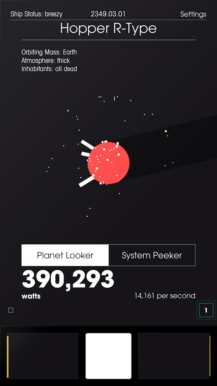 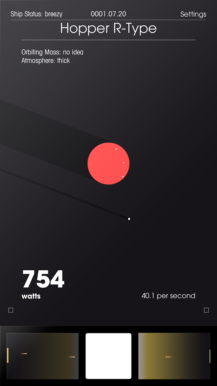 While the gameplay can be addictive in its own right, it is Spaceplan's sense of humor that keeps me coming back. Anytime you upgrade an item or reopen the game there will be new text in the Word Outputter. This is where you will truly get a sense of what makes the title so enjoyable. Slowly but surely you are drip fed the goings on of your damaged spaceship and its surroundings. For what is a mundane premise, it is the witty writing that makes everything so enjoyable.

Before I finish up here, I would be remiss if I didn't point out that this is an upfront priced title that costs $2.99. While the original was a free browser game, this release features more content, an extended story, and is available in 11 languages. There is also no worry of any included advertisements or in-app purchases. The only issue I could find is that there is no support for Google Play Games. That means there are no achievements, leaderboards or most importantly, cloud saving. 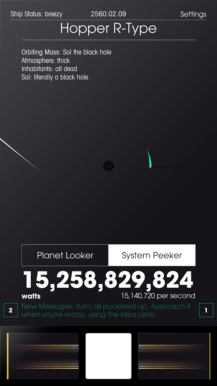 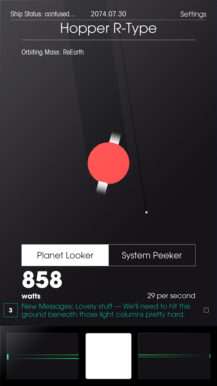 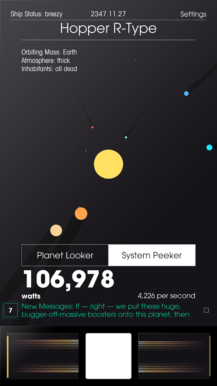 Altogether, it is my opinion that this is a quirky and fun idle tapping game that loses little luster with its exclusion of GPG support. If you are new to the genre or are just looking for your next tapping fix on Android, Spaceplan is definitely a worthwhile purchase. [Deal Alert] Here are 9 temporarily free and 7 on-sale apps, plus the 0.10 game of the week