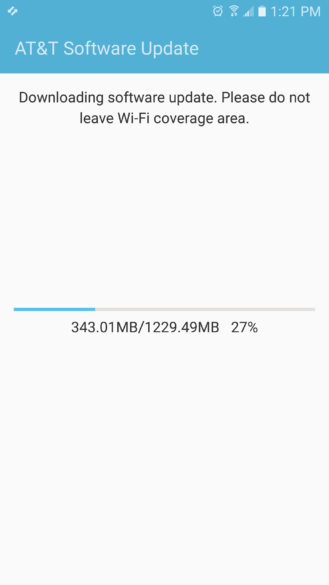 The update weighs in at around 1.2GB for the standard S6, 1.3GB for the S6 edge, and somewhere in between there for the S6 active. The build number is NRD90M.GxxAUCU6EQCF for all three devices, and the April 2017 security patch is bundled in. The S6's, S6 edge's, and S6 active's update pages have all been updated to reflect this.

Let us know if your devices have been updated to Nougat yet. If your AT&T S6-series phone hasn't already received a notification, it should very soon.

[Deal Alert] Here are 9 temporarily free and 7 on-sale apps, plus the 0.10 game of the week

[Update: It's back] WhatsApp is down for everyone right now