Some messaging applications allow you to add shortcuts for contacts to the home screen, and now Snapchat has added a variation of that feature. Snapchat 10.4 beta allows users to create home screen widgets for their friends, but only if they have a Bitmoji.

Once you have the 10.4 beta, simply open the list of widgets on your launcher, and you'll find two from Snapchat. One is a 4x1 widget of your most-contacted Snapchat friends, and the other 1x1 widget allows you to manually pick a friend. Tapping on the widget opens a new conversation with that person, where you can easily send messages and Snaps. 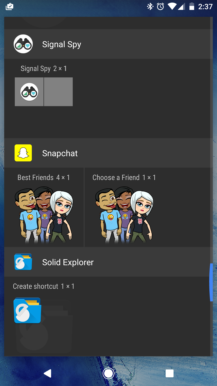 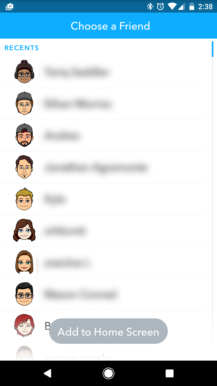 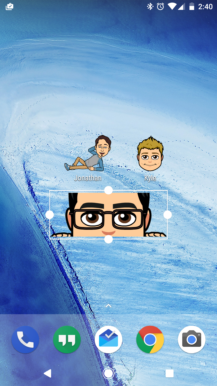 Both widgets can be resized beyond their default sizes, as you can see in the third screenshot above. In fact, you can make one fill your entire home screen if you want. As mentioned above, only friends with Bitmoji connected to their Snapchat accounts can be added to the home screen - a strange requirement, but whatever.

To try out this beta, you can either grab the APK from APKMirror or join the beta program on the Play Store.

Snapchat 10.7.5 appears to bring this feature to the stable channel. You can grab it from the Play Store below, or download it from APKMirror.