When these things pop up, I can't say that I'm surprised anymore. ZTE is working on a new phone from the looks of it. It has physical dimensions and weight, a screen, a battery, and wireless connectivity. Shocking, right? All cheekiness aside, this very well could be ZTE's 2017 flagship. Codenamed A2018, it recently showed up at TENAA, China's version of the FCC, for certification and approval purposes. Thanks to the magic of Google Translate, we have some possible specifications for you all.

First, let's talk about the design. It looks eerily similar to last year's Axon 7 right down to those awful navigation buttons, but with a dual camera setup in tow. According to TENAA, the OLED display is sitting at 5.5" 2560x1440, which puts it right in line with the Axon 7. Measuring 151.7 x 75 x 7.7mm and weighing 170 grams, the A2018 looks like it will be slightly thinner and lighter than what we saw last year.

Digging into the internals is where this gets weird. The CPU is an unnamed 2.15GHz quad-core and it's running Android 6.0.1, which resembles the specifications of the original Axon 7. There's also 4GB of RAM under the hood. 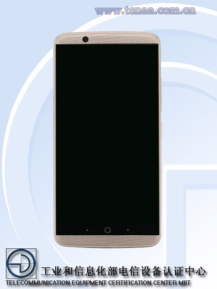 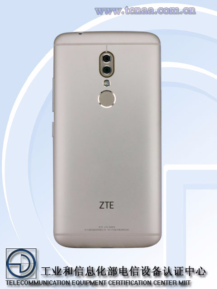 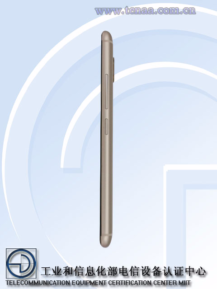 If it means anything to you, the Axon 7's codename was A2017, so it's quite possible that this A2018 is the Axon 8 (or whatever ZTE decides to call it). This could also just be the Axon 7s, a recently-announced phone that was limited to Chinese government officials. However, there are a couple of small differences:

Obviously, these things don't mean that the A2018 isn't the Axon 7s — ZTE could have made some slight changes in preparation for global availability. One could hope that the true successor to the Axon 7 would look a little different, but we'll just have to see.

By the way, if you're interested, you can check out the original press release for the 7s here.