Samsung just launched an app late last night for parents to keep track of their children's smartphone usage, but this one has an interesting twist. Instead of just being forced to follow whatever guidelines are set by the parent, this app relies on positive reinforcement via your offspring's initiative. They set their own limits, and the app rewards their self-control and independence. That's actually pretty awesome.

The name of the app, as well as its overall methodology, probably comes from a psychological experiment done in the 60's and 70's at Stanford, in which children were told they had a choice between a small reward now, or a larger reward later. Preference for greater delayed gratification over an immediate reward was associated in later studies with a better future. Independently of that experiment, this app seems like a good method of teaching your child how to responsibly manage their time in a controlled setting, which is a skill a lot of people don't really develop until much later in life. The app is pretty simple. Parents can set some controls themselves, but it seems to encourage liberal parental restraint by rewarding children more for deciding to use less on their own. Parents are able to prevent access to specific apps and set a bedtime, though. Daily and weekly reports are also presented to both parent and child for review.

Proper use of the phone is rewarded with Marshmallow points and badges for achievements. When your kid has accrued enough Marshmallow points, they can redeem them for sweet loot like real gift cards to Best Buy, Amazon, or The Church of New England Dunkin Donuts. Of course, those can only be redeemed once they have their parents' permission.

Interested parents can feel free to install it over at APKMirror, or at Google Play below. 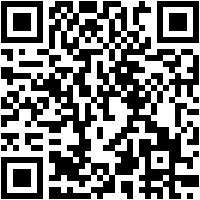 EZVIZ Mini 360 Plus review: An adorable 360-degree camera, but a little light on features