GIFs are far from perfect. They have a low color depth, can slow webpages down, and can have a massive file size (relative to compressed video). Over the past few years, many sites have started converting user-uploaded GIFs to silent HTML5 videos - including Twitter, Imgur, and Gfycat. GIFs converted to videos usually have a far smaller file size, resulting in faster loading times for users (especially on mobile).

But GIFs still manage to stick around, partially because they are so universally supported. Several file formats were developed to replace GIFs, including Animated PNG and Animated WebP, but none of them have gained enough traction for sites to switch.

Google has held off supporting Animated PNG in Chrome for years (mostly to encourage the use of its Animated WebP standard) but Chrome 59 finally changes that. To see if your browser supports aPNGs, take a look at the below image. If the ball is moving, your browser supports them, otherwise only the first frame is shown.

Firefox has supported aPNG since Firefox 3, released all the way back in 2008. Opera first added support with version 10 in 2009, but after switching to Chrome's Blink engine, they stopped working. Safari 8 on Mac and iOS added aPNG compatibility in 2014.

Now that Chrome finally supports the format, other browsers using the Blink engine (like Opera and Vivaldi) will as well, leaving Internet Explorer/Edge as the odd ones out - for now.

One of the major features of Chrome 53 was the PaymentRequest API. This let users to pay for items online with whatever payment app the browser allowed — Android Pay for Chrome, and Samsung Pay for Samsung's Internet browser.

Chrome 59 takes this a step further by adding support for any and all payment apps on Android - not just Android Pay. Payment applications have to be updated to work with this new API, but that shouldn't be too difficult for app developers.

Google has been working on some major changes to Chrome, in order to protect users and encourage web developers to use secure protocols. Chrome 62 will mark all HTTP sites as not secure when entering data, and Chrome 59 has a few similar changes.

First, embedding content from FTP servers on web pages is no longer supported. For example, if a web page loads an image hosted on an FTP server (with an ftp:// url), it will appear broken. Considering there are very few pages that still do this, most users probably won't even notice the change.

If you're not familiar with HTML, you might not know about the <iframe> tag. iFrames allow web pages to embed other pages - this is commonly used for web advertisements. Starting with Chrome 59, iFrames will no longer be able to create notifications.

Finally, Chrome 59 blocks requests for sub-resources that contain embedded credentials. For example, if a web page tried to embed an image with the address "http://user:[email protected]/test.jpg," it would show a network error. 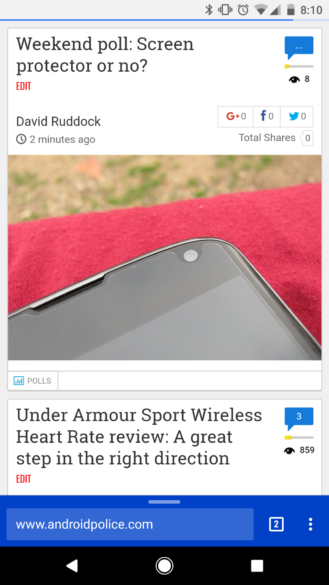