Robot Unicorn Attack 3 has moved the series from pixels to polygons. That's right, now you can enjoy this quirky endless runner in all three dimensions. 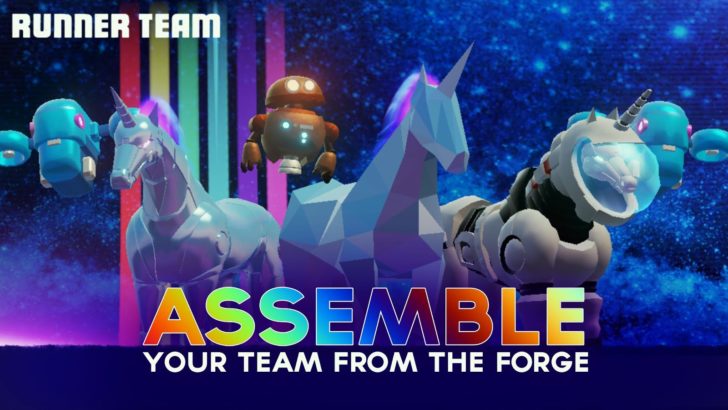 Adult Swim Games have just released Robot Unicorn Attack 3. If you are not familiar with the franchise, this is an endless runner that stars a robotic unicorn with a constant rainbow flowing out of its backside. Suffice to say, this fits in well with Adult Swim's stylized humor.

While we can expect that Robot Unicorn Attack 3 is mostly the same design we have grown accustomed to, it is slightly different from its earlier releases. It would appear that Adult Swim Games have moved on from the 2D graphics of the original 2 titles. While this is still a side-scrolling endless runner, everything in the game is now rendered in 3D. The downside to this is the random lag I experienced, which is most likely caused by the overly demanding graphics. For a game based around the timing of jumps, this lag can be quite the nuisance.

Other than the new graphics, there are also a few more additions to this release. You will now have a choice of three different robot unicorns to play with. There are even more than that present in the game, but you will be limited to using 3 at a time. This means that the extra unicorns you unlock can be melted down for the use of upgrades. You will also have the ability to send your extra stable out on raids in which you can gain rare rewards.

Now, Adult Swim has never been known for adding in-app purchases that are too egregious. This trend doesn't really seem to hold true with Robot Unicorn Attack 3 as the IAPs range up to $99.99 per item. What I can say is that I didn't feel pushed into purchasing the in-game currency, but it's still pretty disheartening to see that they are so high this time around. 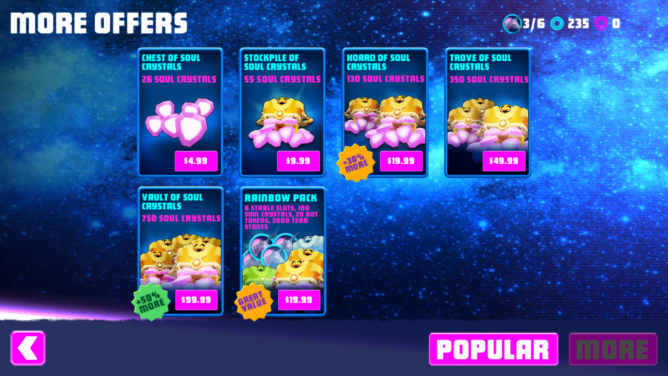 There are also advertisements in the game, but they look to be optional. You can click "nope" when a popup asking you to watch one appears. Of course, this popup can be annoying in its own right. What is especially concerning is that I wasn't able to find any semblance of Google Play Games support. This means that there is no easy way to use your Google account to sign into the game. However, you can log in with a Facebook account. Too bad I am not using a Facebook phone. There is also a way to sign in manually, but after signing out and then back in all of my progress was gone. I would not recommend this option.

Honestly, if you enjoyed the first two games, I see no reason why you would not enjoy Robot Unicorn Attack 3. It has all of the corny flair you would expect of the series. It's just that this time around there are more IAPs accompanied by highly demanding graphics. If that is not something that will bother you, I see no reason not to try it out. 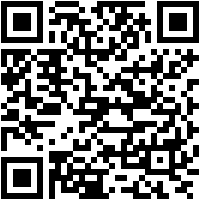 Better late than never, an officially licensed Pictionary game is out on the Play Store