One of the bummers about buying electronic devices is that you know there will be a point after which the manufacturer will no longer keep the software updated. We usually hope for at least two years when talking about smartphones, though some OEMs barely even reach half that time. One of the benefits to buying Google's phones nowadays is that the company now maintains a page where you can see the end-of-life for those devices.

El Goog just updated that page and the section for the Pixels — if you own either of those phones, or are still considering buying one, then this is good information to have. As expected, both the Pixel and Pixel XL will be definitely getting Android version updates up to October of 2018. And as for security, Google is committing to October of 2019 for those.

At least this shows some level of transparency on Google's part, and it also means that the company is sticking to its earlier two-year version/three-year security updates promise. 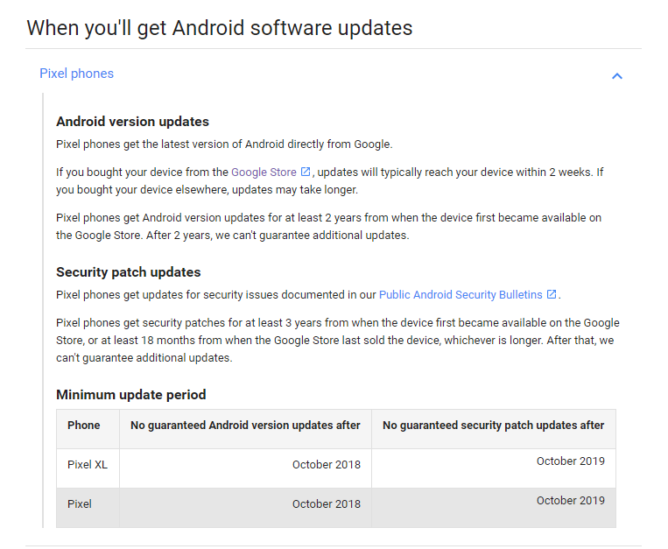 As it turns out, this is not new information. Google simply updated the table on the support page to include the end-of-life for the Pixel/XL security patches, confirming the October 2019 date that we already knew.

To no one's surprise, Disney has released a Star Wars themed match-3 puzzler