Alphabet, every AP reader's favorite umbrella corporation for their favorite company, has posted the results of their first 2017 quarter's earnings. Things are looking pretty good, too. Revenue and income are both up from the same period last year, even though Alphabet's tax rates have increased.

Just as a preliminary aside, for the purposes of this article I'll be using the names Alphabet and Google interchangeably. This isn't accurate, since Alphabet is involved in a lot of business outside of Google, but it's a reasonable convenience to think of them interchangeably.

EPS (or earnings per share), for any of our readers invested in ye olden GOOG, are set at $7.73, a fairly high number in itself. That is up almost two bucks since this time last year. The majority of the bump in earnings seems to be coming from an increase in advertising revenues, and in net earnings (read, the bottom line) Google's up over a billion since this time last year. Further inside Google's earnings reports, they actually show that at a base level paid clicks haven't increased as much as they did in previous quarters, so most of the increase in advertising is likely a result of the decreases they are reporting in associated costs and an increase in volume.

Even revenue from Google's so-called "Other Bets" moonshot category is up, which is a good thing for anyone interested in the continuation of Google's more eccentric projects. I would have figured most of the moonshots would be subsidized by Google's other businesses. It's pretty cool to see that, at least as a whole, they're pretty self-sufficient. 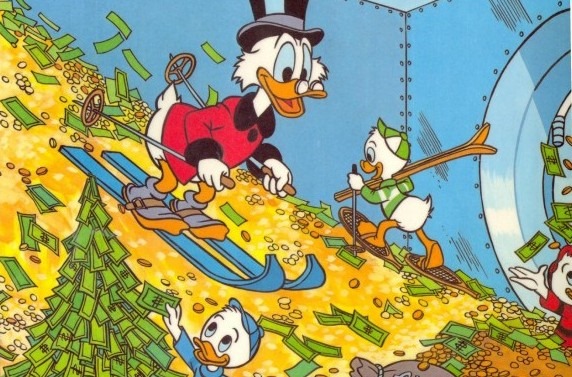 Alphabet's headcount is also up pretty significantly. They've hired almost 10,000 more people since this time last year, so the increases haven't seem to come as a result of cutting things back. Honestly, I'm a bit stunned at how much growth they've seen, here.

News of Alphabet's coming earnings release drove our dear GOOG stock up a bit today, and after things balanced out we've settled at around a 0.3% increase, which is mostly in line with the increase other tech companies have seen today. Stock isn't always a perfect indicator of a company's success, though. For example, Microsoft's reports of missing revenue expectations this last quarter has resulted in almost double the percentage increase Google saw, even though Microsoft saw a drop immediately following their announcement.

As markets open today GOOG's stock is up almost 4.3%.

What We Use, 2017 Edition: The stuff Corbin can't live without