US retailer Walmart has just added another app to its burgeoning selection on the Google Play Store. The oft-maligned company already has several Android apps available with varying degrees of success. With Walmart Grocery, food shopping could be a whole lot easier. The new app allows you to select your items, make a payment, and organize delivery or collection. A similar experience can already be had at its regular, non-grocery stores with the Walmart app.

The new app should be a pretty good replication of what you can already do on the Walmart Grocery website. As well as that, its seems to have the functionality of the Grocery Check-In app built in. With that, you could announce your arrival at the store to collect your shopping, and staff would bring it out to your car. From perusing the reviews it doesn't appear that the previous check-in app always worked that well, with some complaining of having to wait up to an hour for their goods to be brought out to them. It's unclear whether that's due to the app's failings or just the system itself not being that great. Hopefully the new grocery app will handle this function better and make the experience a little less frustrating. 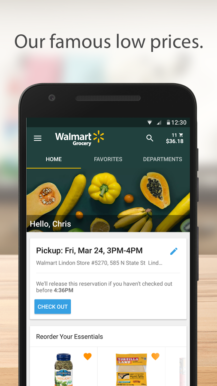 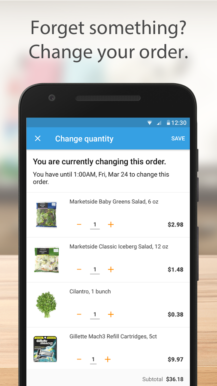 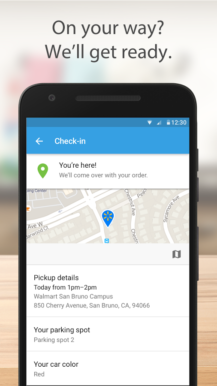 It's promised that you'll get the same prices on the app as you would in store and you'll be able to alter your order later if you change your mind about something. In select US cities, express orders should be able to be delivered in as little as one hour and collection could be possible just 30 minutes after making an order. Delivery is also only available in certain parts of the US right now. You can enter your ZIP Code in the app to find out if you're one of the lucky ones.