Google has introduced a new tweak in Chrome Dev channel for streaming full-screen video tabs to Chromecasts, significantly improving power consumption and streaming performance. Now your Chromecast can directly pull the video itself. Obviously there are lots of major and minor benefits to being able to stream any video feed to your Chromecast at higher quality. Now you can stream live feeds and videos from sources that didn't previously support Chromecast streaming, or for which the old methods resulted in a stuttery or low-quality stream. To put it simply: casting Amazon Prime (or other feeds that didn't have Chromecast support) just got better.

Now we were certainly able to cast tabs before. But, the quality and performance sometimes left a bit to be desired, especially on lower-end machines. The video wasn't going straight to the Chromecast. It had to use your computer to render things locally, re-encode them, and spit them out over the network to the Chromecast. The new system trims the fat, sending supported video content bitstreams directly, mitigating the overhead and improving performance while also decreasing the processing power required by the host machine. The changes are exclusive to the developer channel release of Chrome for now, and they require that you flip a flag in chrome://flags/#media-remoting to enable the feature. 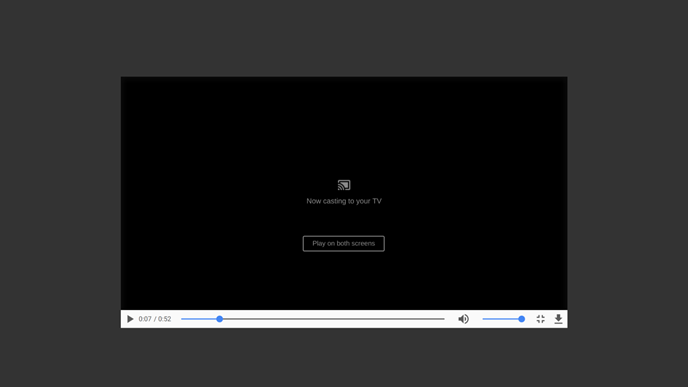 I was able to get it working on an old potato laptop with Amazon Prime, Adult Swim, and a few other services that don't have native Chromecast support. Before, the "Cast a tab" streaming resulted in a laggy mess that sucked my underpowered laptop's battery dry. Now, things are buttery smooth on both my TV and my ancient computer.

It might still suck that Amazon doesn't want users of its services to watch stuff on Chromecasts, but if you are using one anyway through the various workarounds like chrome's tab streaming, then things should be a bit smoother for you now. Binge-watching The Man in the High Castle just got a tiny bit better.