Technology has become part of our culture and how we organize. We make use of Google Calendar or Outlook to coordinate schedules, send invitations to events via Facebook and Google+, and we settle bar tabs on Venmo, Circle, Dwolla, Google Wallet, Paypal, and Messenger (barring the launch of any new apps while I was listing them). It's no huge surprise, then, that yet another function has been brought into the contemporary era of app convenience. The art and science of social and cultural unrest known as protest has made one more step into the future: your next one might come with an app.

Yesterday I attended the local satellite of the March for Science. Now, one can agree or disagree with the role of empiricism within the field of contemporary American politics, but that discussion isn't within the purview of this article or site. I can say (hopefully without upsetting anyone) that I had a good time, and for a few reasons. 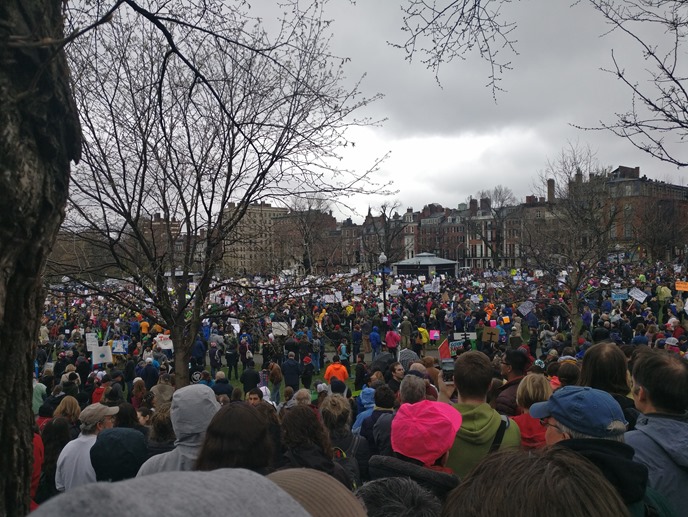 I live in New England, which is a fairly high-science area. As a result I got to hear some really interesting speeches from people like former NASA deputy administrator Dava Newman and George Church, MIT/Harvard professor and pioneer of gene sequencing. Remarks from the audience around me in response to the things said were almost as interesting as the speeches themselves, as there were no small number of scientists from the local tech and bioscience companies as well as students from the multitudes of local colleges present. All in all, a pretty educated and perceptive peanut gallery that made some interesting insights and comments during the different speeches. There wasn't much in the way of rage or shouting, just calm and rational indignation. It was, basically, a park full of nerds all calmly excited to be together in their irritation with 2017's American political climate.

I'm no huge stranger to the idea of protests or organizing, and by far the majority end up being pretty quiet affairs like this, but this event had one huge detail that set it apart from almost every other one I can remember. It had its own app. 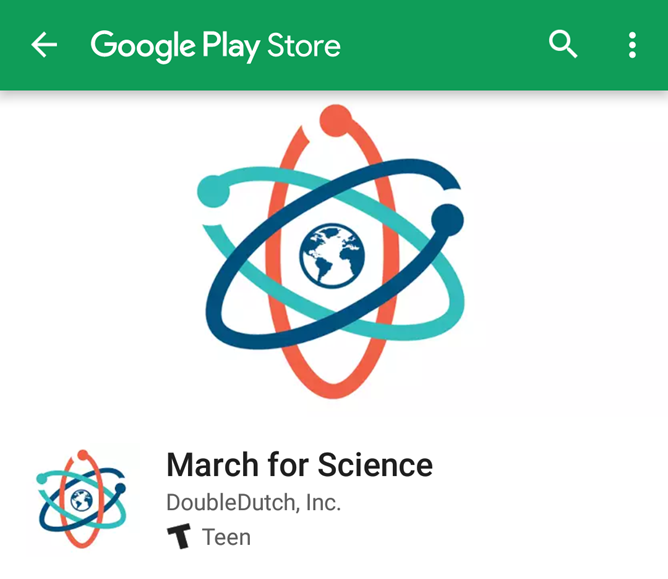 There have already been things like WeBot for Facebook Messenger that inform people about local satellite protests, and apps like Countable for following the voting record of your local representatives. But the only other dedicated single-protest app I can think of is the one that accompanied the Women's March earlier this year. And both apps were made by the same developer, DoubleDutch Inc.

Almost everything nowadays has some potential means of monetization, so it makes sense that someone would try to make an app for an event like this. But, there weren't any ads or services associated with it, so it's hard to track down exactly what sort of benefit the app-maker is receiving. My guess, given the marketing slant the developers push, is that the organizers were after something very specific: data. The app isn't too complicated. There's a live (old) Facebook-style feed at the landing page once you've registered — the only requirements I noted during that process was a name and email account. A navigation bar at the bottom presents you with the different panes in the app, including notifications, a shortcut to the mission statement, a map of the march route, and a miscellaneous list including info on related satellite marches, legal info, social links, a store, FAQ, etc.

The feed was actually pretty nice to have and improved the overall experience. I got to see pictures of some of the more interesting signs and costumes at the event without being distracted from the fairly technical speeches that were given, and there was a bit of discussion that took place in-app on the topics presented. It was a pretty perfect implementation of second screen engagement, which is something that even big companies are still having trouble trying to work out in areas like television. I was even presented with additional information this morning via email, which is a good idea on their part to try to keep people involved and ready for future events.

My guess, given the marketing slant the developers push, is that the organizers were after something very specific: data.

DoubleDutch, the company that made the app, promotes themselves as offering marketing services to live events like conventions or conferences, and it looks like that has translated pretty well down to protests. They likely made the app under contract with the organizers of the event, and it probably provided the organizers with no small quantity of information that can be harnessed to better optimize and plan future activism efforts. For the privacy-conscious there might be some concern about what data is being collected and how, but really the images and comments in-app are basically the same as what you see posted in places like Twitter anyway. If you're concerned, there's no need to make use of it.

In this era of machine learning and pattern-detection, having extra information like that harvested from attendees can go miles toward improving future efforts and more intelligently spending limited money and resources. Following user engagement and movements during the event can determine which speakers were better or worse, looking at the frequency of words in comments or analyzing the images shared and most viewed during the event can provide information about the audience's demographics and how best to target them. Min/maxing isn't only for games anymore, it's just smart.

This particular approach is still in its infancy. While it made sense from a business perspective to try to collect this sort of data at events like trade conventions where both the attendees and for-profit organizers can use the information to maximize marketing efforts, it hasn't yet been proven that it will bear any fruit in this application. At a minimum it should help keep costs down, though.

Regardless of your opinion on any particular protest it looks like organized activism is starting to reach a new level, and we can likely look forward to seeing more single-event apps for protests like this in the future. The event this particular app was made for might be over, but if you're interested in seeing the concept in action it might be worth taking a look. At a minimum you'll be getting a sneak peek at one potential future for protests. And if you see people marching around your town with signs raised high as their eyes are glued to their phones, you might have some small insight as to why. 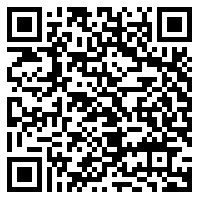 Try your hand at Card Thief, a stealthy new solitaire game from the creator of Card Crawl

You can still remap the Galaxy S8's Bixby button, but it's a messy hack