When the iPhone was first released, there wasn't an App Store. During the announcement at WWDC 2007, Steve Jobs said that web apps would be the only development platform for the iPhone. The decision obviously didn't stick, with Apple announcing the App Store just a year later, but it started the idea of mobile-first web apps (that weren't basic WAP sites).

PWAs should work for every user, no matter what browser or platform they are using.

Before going further, allow me to recap what exactly Progressive Web Apps are. The 'Progressive' part means that PWAs should be able to handle some features being missing, if the user's browser doesn't support them. PWAs are also designed with offline functionality, HTTPS support, and responsive design in mind. The key feature that really sets PWAs apart from typical web apps is the "service worker." This is a web standard that allows web apps to run some tasks in the background, such as sending push notifications and syncing. Service workers are supported by every major browser too, except Safari.

So if PWAs can do much of what native apps can do, and the eventual goal is for them to be indistinguishable from native apps, why aren't they in the Play Store? Well, there are a few valid complaints.

One common problem with web apps is that they don't really feel like native apps. The animations are sometimes laggy, the UI doesn't look quite right, and you get the occasional white screen while all the web app's resources are loading. Improvements in browser performance, as well as newer web frameworks like Google's Polymer, are changing this.

One common problem with web apps is that they don't really feel like native apps.

Another possible problem with web apps in the Play Store is that it could invite more low-quality apps. The Play Store is already littered with them, and so is the Chrome Web Store. To mitigate this problem, Google could potentially limit submissions to web apps using HTTPS and/or Service Workers, so only ones with comparable functionality to native apps would be allowed. Google already does something like this for web apps that want to show install banners - they have to have a valid manifest file and service worker, be served over HTTPS, and be visited at least twice by the user.

There's one more final complaint that is worth mentioning - that web apps in place of native apps could be a result of lazy developers. I can definitely agree to that, to an extent. The only mobile app I've ever made from scratch was Planr, and it was written as a web app. I chose this partially because I hate writing in Java (thus the lazy part), but also because I wanted to make it fully cross-platform using the same codebase.

So with all those potential problems, why should PWAs be allowed in the Play Store? Easy installation, for one. If I'm a developer making a Solitare game, it's much easier to say "search for Corbin's Solitare in the Play Store" than "go to corbins-solitare-game.com, press the menu button in Chrome, and add it to the home screen." In addition, the Play Store could allow PWAs to be discovered more easily, especially if they would appear in search results. 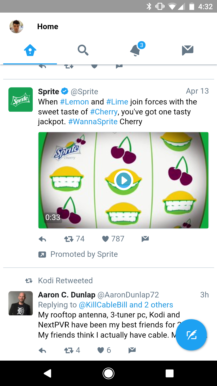 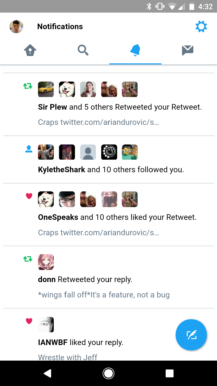 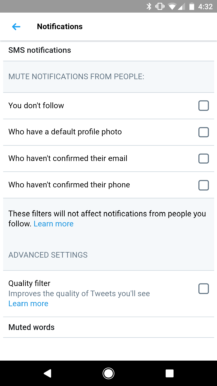 If you want to see an example of a good PWA, check out Twitter Lite. You can access it at mobile.twitter.com, and not only does it look very much like the native Twitter app, it provides notifications too. It is designed to load extremely quick, works offline, and even has an extreme data saver mode. Try adding it to your home screen for the full experience.

So, with all that in mind - do you think Progressive Web Apps should be allowed in the Play Store? Should they be listed separate from native apps, or alongside them? Let us know in the comments below.