Google Fit stands as one of Google's only flagship apps on Android Wear, and may be the only one of its apps that matters more on a watch than it does on a phone. There's a new version of the app available on the Play Store for both watches and phones, but this update is all about adding a big feature for Wear. There's a new mode for recording strength training and similar activities that involve counting reps.

This update is for Wear 2.0 only, so quite a few people will have to wait until the rollout is complete before testing this out, but it works on the last developer preview as well as any watch that already has the official 2.0 firmware. 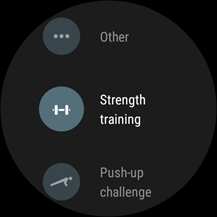 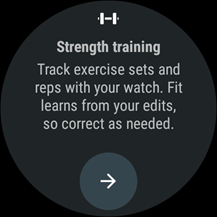 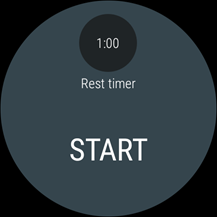 Did you pick up a Wear device with the intention of recording workouts, then found that there wasn't much you could get out of the box? Sure, you could look to other apps, but if you wanted to use Google Fit, it only supported a few specific activities like walking and running, bicycling, and push-ups; but this did nothing for the wide range of exercises that you can and should do to get in shape. The new version of Google Fit expands the tracking capabilities significantly with a new Strength Training tool that greatly increases the range of activities that can be measured.

To launch the Strength Training tracker, either open the "Fit Workout" item from the app launcher on Wear or open the Fit app and tap on the pink button to begin an activity, then look through the list for Strength Training. Once your session is recording, Google Fit will analyze motion of the watch to determine what you're doing and how many reps you've completed. 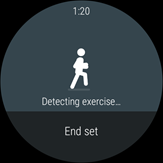 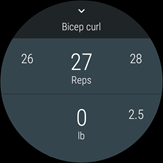 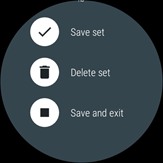 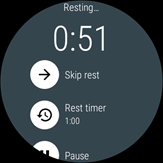 When your set is complete, tap the button at the bottom and Fit will present your rep count. If you're keeping track of the count in your head and the numbers don't match up, you can adjust the count by sliding the top number to the left or right. If you're using weights, you should also slide the second number to the left to record the actual weight. Then scroll down a bit to the buttons titled Save, Delete, or Save and Exit. Saving the set will open up a follow-up screen with a countdown for resting before beginning the next set. 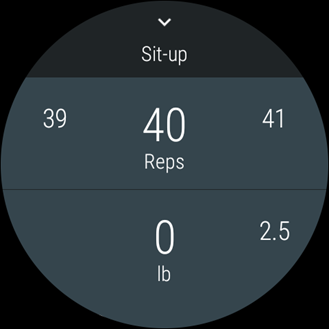 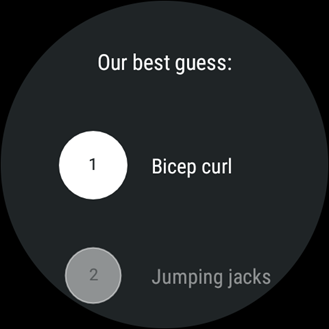 In my very brief test, Fit successfully guessed I was doing bicep curls. I'm not sure about the rep count on that one, I was busy fiddling with screenshots. On my second test, I happened to switch arms and change the orientation of the watch, and this may have been enough to fool Fit into thinking I had taken to doing sit-ups. If this happens, you can tap the name of the exercise at the top to set the correct activity. For what it's worth, the rep count was correct.

Overall, this is a pretty big addition and makes Wear considerably more useful for fitness tracking, especially in the gym. The workflow might still be a little cumbersome if each new set is supposed to happen immediately after the last, but this is still fine for most traditional workouts.

Note: This feature was technically available on the stock firmware for the LG Watch Sport and possibly Style when they were fresh out of the box, but it seemed to disappear with either a server-side switch or an update to the Fit app. With this update, it's back for those watches and now available for all other watches on Wear 2.0. 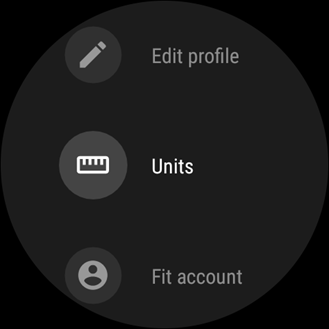 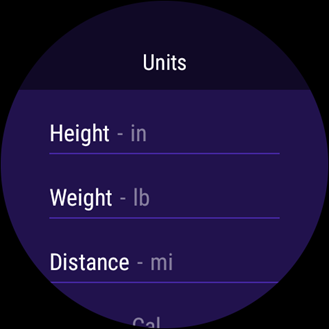 There is one other change worth noting, although it probably goes mostly ignored. If you find that the units of measurement aren't to your liking, they can now be changed right on the watch. Just open Google Fit, scroll to the bottom to find the button to open Settings, then tap on the Units button. You can make changes for Height, Weight, Distance, and Energy.

Most people probably won't need this, but it's a little more important now that Wear is intended to operate with less reliance on a paired phone. It makes sense if some users don't set up the app on a phone before using it on a watch for the first time. There's no harm in having it there.

Try your hand at Card Thief, a stealthy new solitaire game from the creator of Card Crawl