It's time for another update to Google Maps. Like so many other version bumps, this one includes a couple of great gifts to get users where they want to go. The focus of this release appears to be directed at parking. There are now indicators to show if there is on-site parking and whether it's free or paid. The theme continues into the teardown with a feature that will help drivers plan to find parking near their destination before getting there.

If you're already signed up to the beta, this update might already be waiting for you. Otherwise, you can hit the link at the bottom to download the apk.

Google has been on a roll with parking-related features since they were introduced earlier this year. The latest update digs a bit deeper to inform drivers about the parking situation before getting to a destination. The first addition can be found in the details page, which indicates if parking at that location is free or paid. 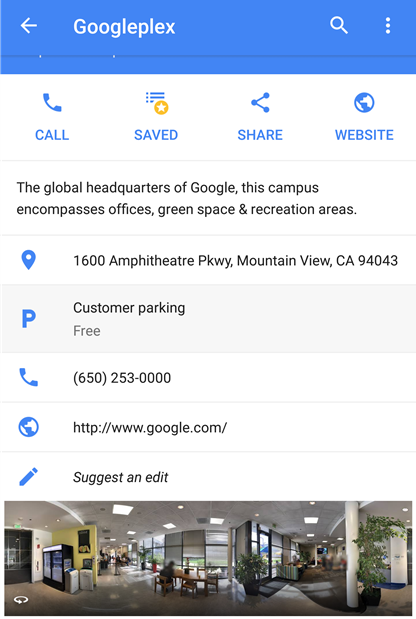 As the screenshot shows, the line can be found just below the address in most cases. However, parking details aren't available for very many locations yet, so you probably can't count on seeing it at most destinations.

At this time, the field only shows if parking is free or paid, but doesn't appear to include prices for paid parking. To get prices, you'll probably still have to resort to other methods. Perhaps this will be added in a future update like it was with fuel prices. 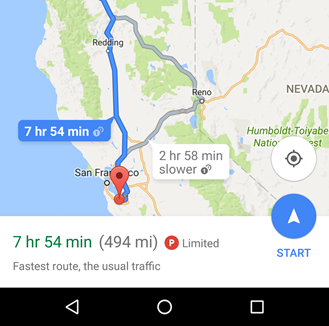 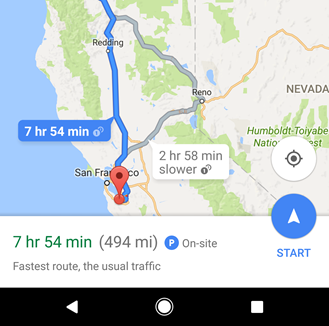 The other adjustment comes in the form of a new type of parking difficulty indicator. In previous versions, Maps would show one of three levels: Easy, Medium, and Limited. The latest update adds On-site to the mix, which shows drivers if they can park at their destination or plan to search for a spot nearby.

Unfortunately, this change does introduce something of a regression in usability. As the screenshots above show, the on-site indicator replaces the difficulty marker. If parking happens to be fairly terrible at your destination, you'll have no idea about that until you're driving around with no hope of finding an available space. Considering how much effort has gone into assessing parking difficulty, this will probably be fixed fairly soon.

Change your route to nearby parking

Navigation apps are great for getting us to a place, but most of them have been designed with a bit of intentional tunnel vision. We might say we want to go to some place, but what we really mean is that we have to drive to a slightly different place to park, then walk (or whatever) to the real destination. The Google Maps developers are working to address this common scenario and help drivers make the decision to reroute to nearby parking.

New text in the apk describes a feature that will prompt users to add a parking lot to their routes. Basically, it will offer to search for parking lots and garages near the destination and offer up a list. Users will then be able to pick a parking location, which will then be added to the route.

Based on the wording, I assume the parking location will be placed immediately before the destination instead of replacing it, which makes sense if you need walking directions after parking the car. On the subject of walking, search results will be presented with an estimate of how long it will take to walk from a parking area to the final destination.

There seems to be one catch: The parking recommendations seem to be incompatible with routes involving multiple stops. I doubt there's a technical reason these two features can't coexist, so it's probably a decision to avoid building an overcomplicated interface.

Overall, I think this is going to be a great addition and will save a lot of people from the pattern of first driving to a place and then driving in circles for another 15-20 minutes desperately searching for parking.

For many years, Google has been able to tell us with bewildering accuracy just how long a drive should take. This isn't just a matter of calculating distance and speed limits, but also making estimates based on established traffic patterns. While it's nice to get an idea of the total time, some drivers certainly want to know if part of their trip is going involve slowly creeping through nearly standstill traffic.

Google is working to put that information in front of users with a chart of anticipated traffic density throughout a drive. The string below spells out the concept pretty clearly.

<string name="ACCESSIBILITY_TRAFFIC_TREND_BAR_CHART">A time-series histogram showing how much traffic is on your route today.</string>

There's next to zero information beyond the string below, but I would expect the histogram to look like the busyness chart introduced late last year, but with shorter time increments – maybe every 10 or 15 minutes.

Most people will probably see this as a "nice to know" type of feature, but it could be a life saver for drivers that get panicky in heavy traffic, or at least a useful tool for road trippers. I know I'd like to get a good look at traffic in a few spots before driving down to the Bay Area next month.

Google's messaging mess is about money, not making your life easier (opinion)