I would never have a use for this, but that doesn't stop me from sort of wanting one. DJI's frankly badass Agras MG-1, an agricultural-use octocopter made for spraying a liquid of your choice in a location of your choice, is now also an app-controlled beast. Whether you're a farmer spraying your field of crops with fertilizer, a scientist spraying a site with radioactive tracer for a study, a super-villain looking to deploy a mind-control chemical on the cheap, or a reclined Ryne spraying your face-hole with booze, everyone can find a way to appreciate the MG-1.

I think I can be fairly certain that this particular 'copter isn't actually something 99% of our readers would consider purchasing, so we're going to take a bit of a different approach. None of us is going to buy this. But, it's also way too cool to just ignore. As someone who is very much a fan of science and engineering, it's just a cool thing. I just... wanna poke it while it's in the air. Best I can do, though, to satisfy my own curiosity (and, presumably, yours) is show you the video below.

The actual advertising video for the MG-1 is further down, but it's nowhere near as cool as watching a bunch of farmers actually use the thing. I guess on the off-chance anyone here is involved with agriculture then knowledge of this product might come in handy. And there are certainly scientific applications, as well. But, I think the real appeal here is just the chance to nerd out over the way people solve problems in interesting ways with new tools and technologies.

Feel free to check out the app, too, whether you've got the $9000 for an octocopter burning a hole in your pocket or not. 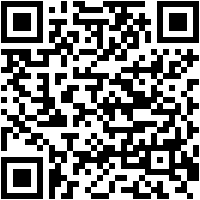 Lyft announces two new product improvements in cooperation with the National Association of the ...