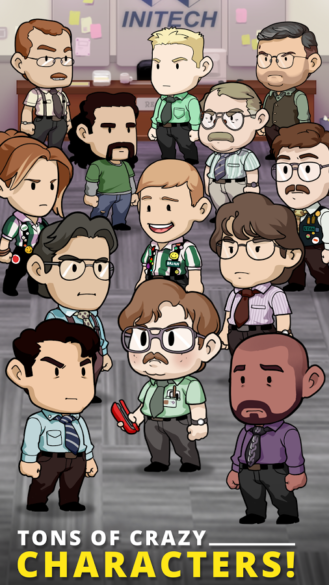 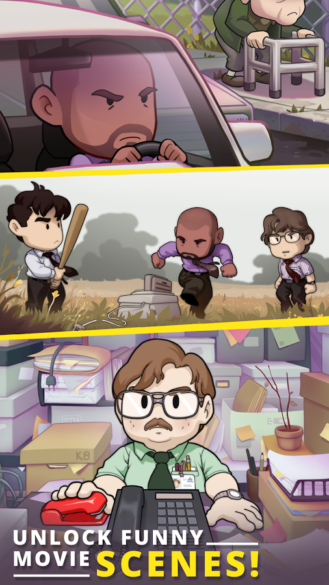 Like me, I am sure that many of you are quite fond of this movie. To create a game out of it, especially so late in its existence, seems risky. You have to wonder why anyone would want to take on the difficult task of recreating a classic. I can sort of understand the desire to make an idle tapping game out of it, as it does seem fitting in a very humdrum way. After all, one of Office Space's hallmarks is its imagery of the monotony of work, and what else is a tapping game other than a bunch of menial and repetitive work?

What the game gets right is the art design. It captures the silly humor of the movie quite well while also adding a bit of flair to the title. Plus, I think we can all appreciate what the flair's about. It's about fun.

The writing on the other hand could use some work. While the game does use plenty of familiar quotes from the movie in its text, you can easily differentiate between these quotes and the new dialog written specifically for this latest incarnation. This takes you out of the experience because you immediately notice many of the characters acting in ways that you would not quite expect. It's similar to when a sitcom runs for too long and the characters become caricatures of themselves. They can be over amplified and outrageous in their actions. Maybe if you have not seen the movie a hundred times it won't stand out as much, but trust me, it is there. 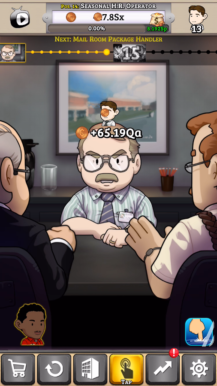 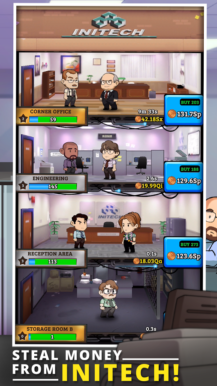 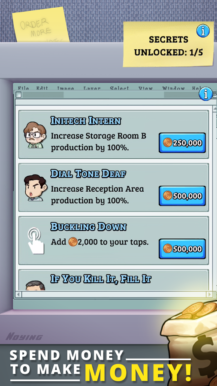 Moving on to the gameplay -- I am a bit torn here. For some reason idle tappers can be very addictive. However, this directly contrasts with the fact that they tend to be one trick ponies. All you are doing is performing exactly the same actions over and over again. In Office Space: Idle Profits this could not be more true. At first it does seem like there are quite a few different things that you can do. But as you progress, you quickly see that there are only two core components to the gameplay. Your main goal is to have employees install viruses in different departments of the company. The more employees you have installing viruses, the more money you will earn. Once they are earning you money, then you can spend that money on your secondary goal of upgrades. These upgrades will allow you to earn even more money at a faster clip. So yeah, that's about it. If you repeat this process ad nauseum, you will eventually reach your goal of burning the company down.

As you would expect, Office Space: Idle Profits is a free-to-play game. With any FTP title there are usually going to be some caveats. To begin with, yes, advertisements and in-app purchases are present. The IAPs go as high as $99.99, but I am glad to report that the ads are optional. The IAPs are used for purchasing Flair, the game's secondary currency. This sucks because it's the only way you can upgrade your characters. Even worse -- this was not always the case. In the latest update the developers changed how this function works, and locked all character upgrades behind the use of Flair. As you would imagine, some users are pretty upset about this. 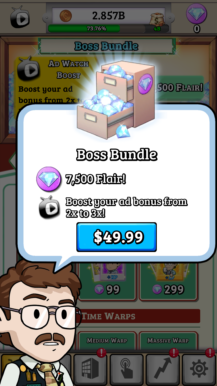 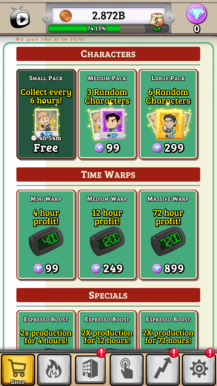 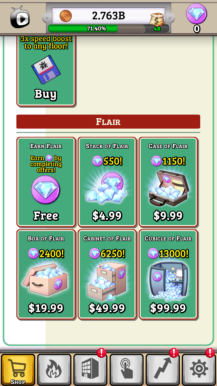 The last thing I would like to mention is that there's support for Google Play Games and its built-in achievement system. Sadly, I cannot find any support for cloud saving. To test this, I uninstalled and reinstalled the game. But when I signed into my GPG account, my previously earned content was not there.

All-in-all, I would say Office Space: Idle Profits offers exactly what you would expect from a free-to-play idle tapping game. As a passing interest it can be fun for a good while, though I am sure it will wear thin soon enough. Chromecast HDMI CEC support is broken for some users, Google working on a fix